The site uses cookies and other technologies to help you navigate, as well as provide the best user experience, analyze the use of our products and services, and improve the quality of advertising and marketing activities.
Accept
RTVI
News
15:24
Belarus suspects detained Russian citizens of preparing mass riots
Share: 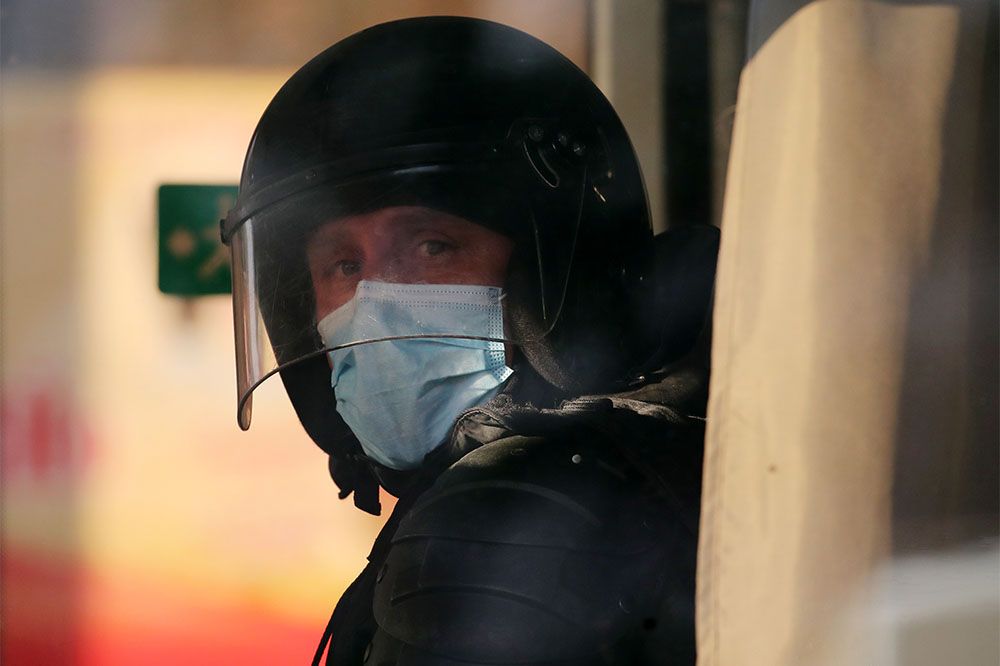 Belarus' Investigative Committee suspects a group of recently detained Russian citizens of preparing mass riots ahead of its August presidential election, according to a statement released by the agency on Thursday.

The Investigative Committee reported on Thursday that 33 detained Russian citizens it believes are employed by the Wagner private military company are under suspicion of preparing mass riots.

The agency's statement notes that unregistered presidential candidates Nikolai (Mikalay) Statkevich and Sergey Tikhanovsky are also under suspicion in the same case.

According to Ravkov, the country's special services are currently searching for over 200 people associated with the group detained yesterday. "The search is on, it's like [looking for] a needle in a haystack," he said.

A BelTA agency source previously reported that "over 200 militants" had recently arrived in Belarus with the goal of destabilizing the country prior to its August presidential election.

Belarusian law enforcement detained 33 Russian citizens on July 29, believing them to be associated with the Wagner private military company. Another suspect reportedly associated with the Wagner group was detained in southern Belarus on the same day. President Alexander Lukashenko convened an urgent meeting of the country's Security Council shortly after the arrests.

According to a report by the state-run BelTA news agency, 32 Russians had arrived in Minsk on July 25, and checked in to a resort outside the city several days later.

The men's behavior was "uncharacteristic for Russian tourists" while their "uniform military-style clothing" drew attention, according to BelTA.

Presidential spokesman Dmitry Peskov commented that "there are no such things as private military companies (PMCs) in Russia, de jure." He added that PMCs in Russia are outlawed and that he "has not heard about their existence."

Russian author Zakhar Prilepin confirmed that "two or three" of the arrested Russians had served in his former battalion during the war in eastern Ukraine.

Belarus has seen multiple mass protests in the run-up to its August 9 presidential election, in which incumbent leader Alexander Lukashenko is seeking to secure his sixth consecutive term.

Lukashenko's main rivals Sergey Tikhanovsky and Viktor Babaryko have been detained and charged with crimes that could see them jailed from three to twenty years. A third opposition candidate, Valery Tsepkalo, was barred from taking part in the election and fled the country last week fearing to avoid persecution.

Hundreds took to the streets in the support of the candidates following their arrest. Belarusian authorities have detained more than 250 people at protests this month.

Tikhanovsky's wife Svetlana has taken his place as a stand-in candidate in the vote, and has received the backing of both Tsepkalo and Babaryko after being admitted to the election ballot on June 14, presenting a united opposition front to Alexander Lukashenko's candidacy in what analysts call the toughest re-election campaign in his 26 years in power.

The Wagner private military company has been reported as linked to Russian businessman Yevgeny Prigozhin, also known as “Putin’s chef” for his Kremlin catering contracts. Wagner mercenaries have taken part in multiple armed conflicts, such as the war in eastern Ukraine and the Syrian civil war.