The site uses cookies and other technologies to help you navigate, as well as provide the best user experience, analyze the use of our products and services, and improve the quality of advertising and marketing activities.
Accept
RTVI
News
16:19
Journalists uncover discrepancy between official COVID-19 statistics and death rates in seven Russian regions
Share: 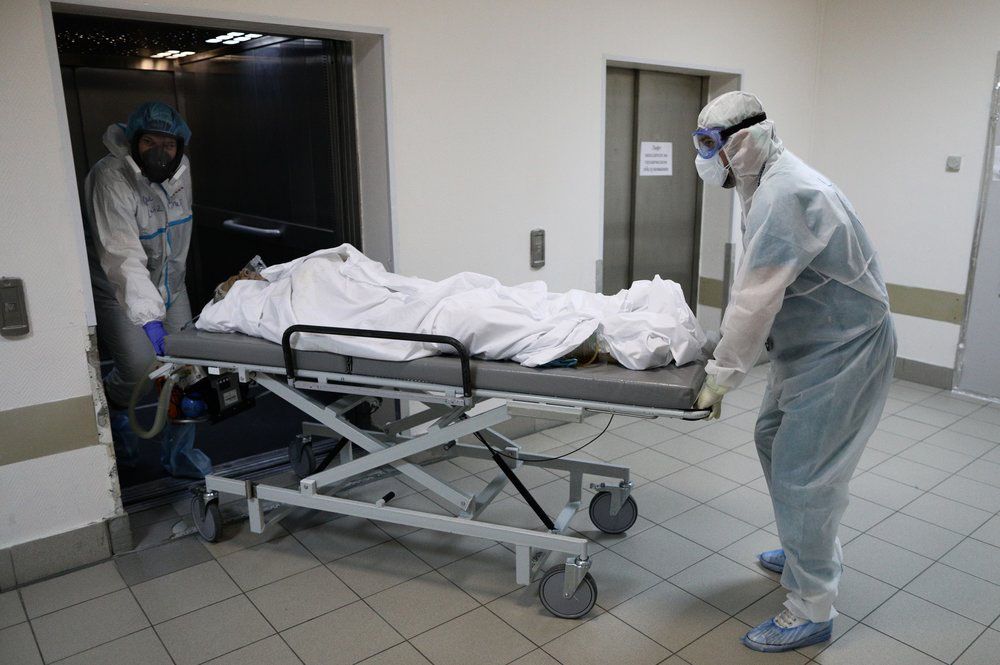 The mortality rate in multiple Russian regions has sharply risen over the past two months, and has not been accounted for in official COVID-19 statistics, according to a study published by news website Mediazona on Tuesday.

Mediazona compared the mortality statistics for April and May 2020 with the same months over the past five years. The publication based the study on open source data along with statistics from registry offices in 60 regions, seven of which displayed strong discrepancies between the amount of overall deaths and those attributed to COVID-19.

The publication noted that mortality rate in Moscow and St. Petersburg "corresponded" to the impact of the coronavirus. Average deaths in the Moscow region increased by 900, less than half of which were victims of the disease.

The number of recorded deaths in Dagestan and Ingushetia decreased by 50% and 25% respectively. Demographer Alexander Raksha told the publication that the decline in mortality could be attributed to less frequent visits to civil registry offices. "There are no complete statistics in Dagestan, and there are no statistics in the entire Caucasus either, they've broken down, and it's unclear as to when they'll recover," Raksha said.

The demographer added that the dead were also under-reported in other regions due to people remaining in self-isolation and civil registry offices changing their work schedule. As a result, Russia's death rate fell by 2.8% compared to the last five years in April 2020.

Mediazona noted that 60 Russian regions recorded a total of 10.5 thousand more deaths in May than over the past five years. Coronavirus-related mortality growth was recorded in six regions, including Moscow, St. Petersburg and Yaroslavl.

In the Kaluga region, the mortality rate increased by 109, with 19 official reported victims of the coronavirus. The Vladimir region recorded 105 more deaths in the past two months than in the last five years – a mere 14 were attributed to the infection. Mortality has also increased in the Leningrad and Penza regions with no official explanation.

A total of 9,320 people have died from coronavirus in Russia as of June 30 – a rate much lower than in other countries with similar outbreaks of the disease. Russian officials have attributed the low count to mass testing, while critics have accused the government of deliberately underreporting the figures in order to downplay the severity of the crisis.