The site uses cookies and other technologies to help you navigate, as well as provide the best user experience, analyze the use of our products and services, and improve the quality of advertising and marketing activities.
Accept
RTVI
News
18:17
Exit poll shows 76% of voters back Russia's constitutional reforms
Share: 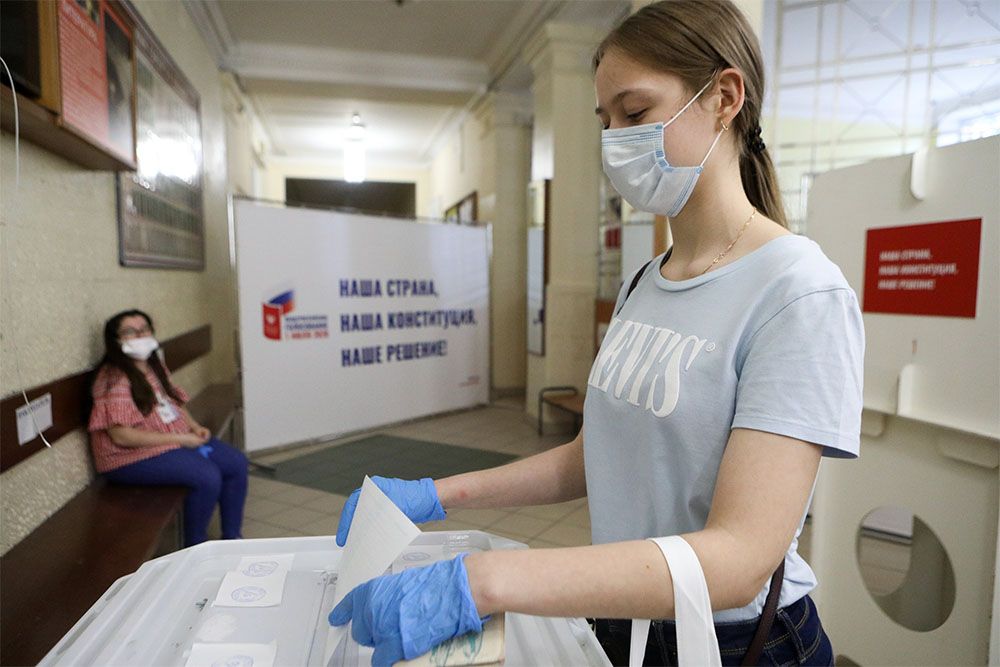 Russian state-run pollster VCIOM published an exit poll on Monday indicating that the majority of Russians that took part in the plebiscite backed the reform package.

76% of respondents said they backed the amendments, while 23.6% indicated that they voted against the reforms, which could allow Vladimir Putin to stay in power for another 12 years on top of his current term.

The reform has been widely criticized by opposition members, human rights groups, and academics, all of whom have pointed at the illegality of the vote and called it a smokescreen concealing Putin's attempt to remain in power. The plebiscite has also been mired in errors, as voters at home and abroad were able to cast two ballots, both in person and online.

VCIOM, which stands for the All-Russian Public Opinion Research Center, polled over 163,000 people at 800 stations in 25 regions, with around 70% of respondents agreeing to reveal how they voted.

VCIOM director Valery Fedorov commented that his organization released the results due to a "high level of demand" about the results of the plebiscite.

"We proceeded from the principle that 'everything which is not forbidden is allowed.' The interest in the voting results is so great that we decided to make the interim results public," Fedorov said.

Central Election Commission (CEC) head Ella Pamfilova said that the center did not do anything illegal. The official expressed regret over VCIOM's decision to release the data, adding that the CEC had recommended not publish the results until the end of voting.

Kremlin spokesman Dmitry Peskov dismissed the idea that the early release of the poll could influence the outcome of the plebiscite.

Russians began casting ballots last Thursday in a vote on constitutional reforms that could see the reset of Vladimir Putin's presidential term clock, allowing him to run for re-election in 2024 and 2030. The plebiscite will run for an entire week as authorities aim to avoid crowds and prevent the spread of the coronavirus on the main designated voting day, July 1.

There are 228,560 active cases of the disease in Russia as of June 29 – it remains third worldwide in terms of total confirmed infections, with 641,156. The country has reported under 7,000 cases of COVID-19 over the past four days. The rolling back of coronavirus restrictions nationwide has been reported to be linked to the plebiscite.