The site uses cookies and other technologies to help you navigate, as well as provide the best user experience, analyze the use of our products and services, and improve the quality of advertising and marketing activities.
Accept
RTVI
News
14:59
Fertilizer confiscated from Russian businessman's ship linked to Beirut explosion: Mediazona
Share: 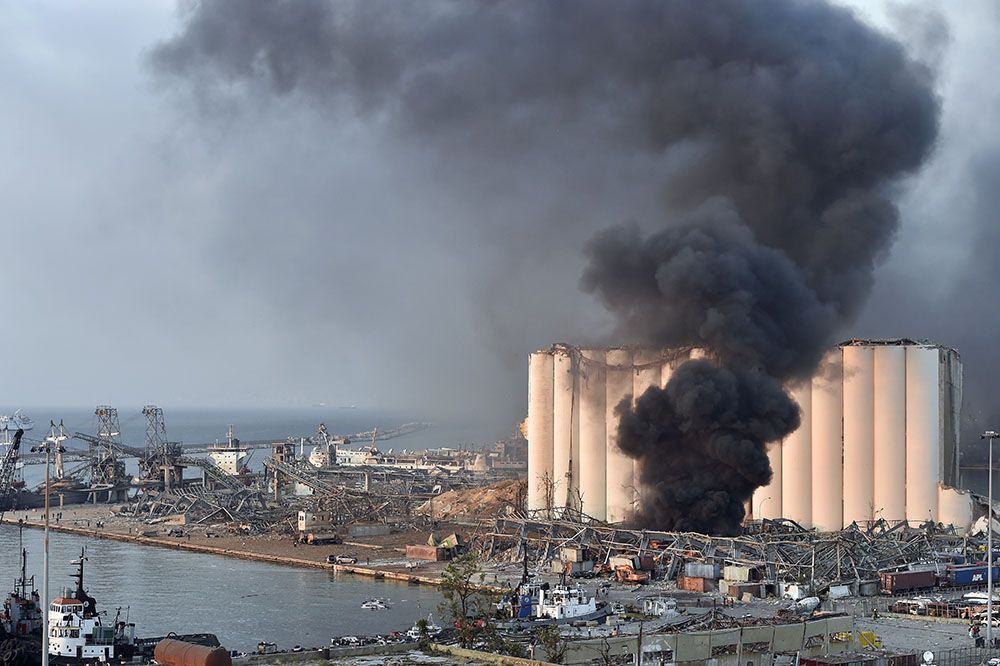 Nearly three thousand tons of ammonium nitrate which exploded on August 4 in the port of Beirut came from a ship owned by Russian businessman Igor Grechushkin, news website Mediazona reported on Wednesday citing local television and members of the ship's crew.

A blast in the port of Beirut on Tuesday killed at least 100 people, causing widespread damage to the Lebanese capital. The explosion sent a mushroom cloud into the sky and rattled windows on the nearby island of Cyprus, about 100 miles away.

Lebanese Prime Minister Hassan Diab called the incident a "catastrophe" in a Tuesday statement and said those responsible must be held to account.

Although it remains unclear as to what exactly caused the blast, Diab explained that an investigation would focus on a "dangerous warehouse" that had stored 2,750 metric tons of ammonium nitrate, a highly explosive substance typically used as an agricultural fertilizer, over the past six years without safety measures.

"There will be announcements about this dangerous warehouse has been in existence for six years, since 2014. I will not preempt investigations," Diab said.

2,750 tons of ammonium nitrate were confiscated be Lebanese authorities in 2014 from a Moldovan ship called the Rhosus, according to a report by local television channel LBCI citing a meeting by the country's Supreme Defense Council. 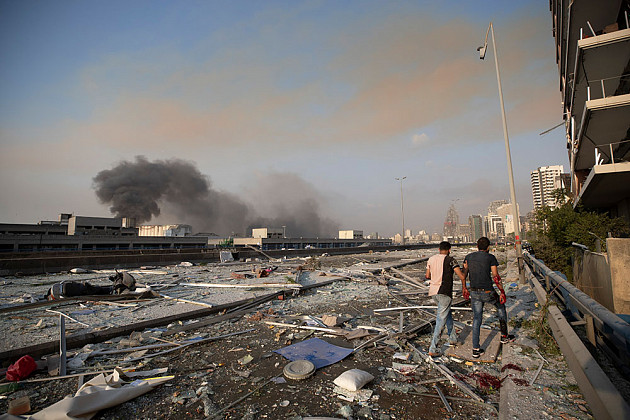 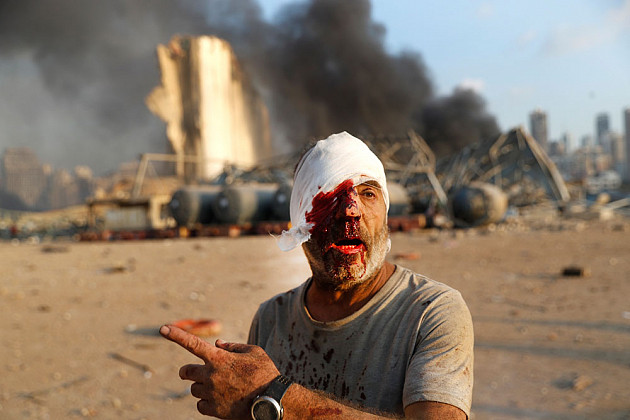 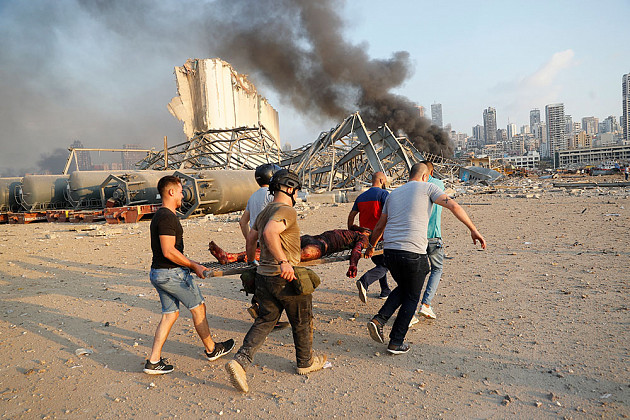 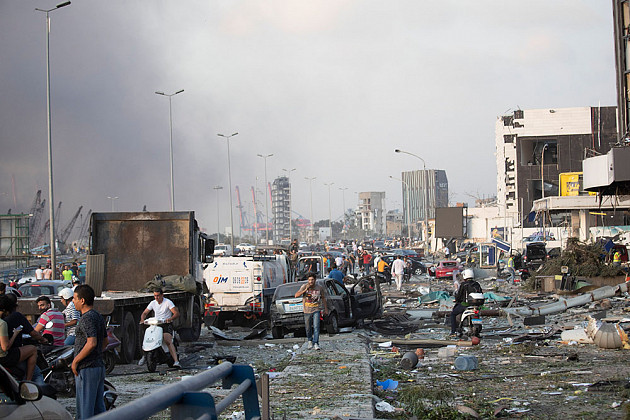 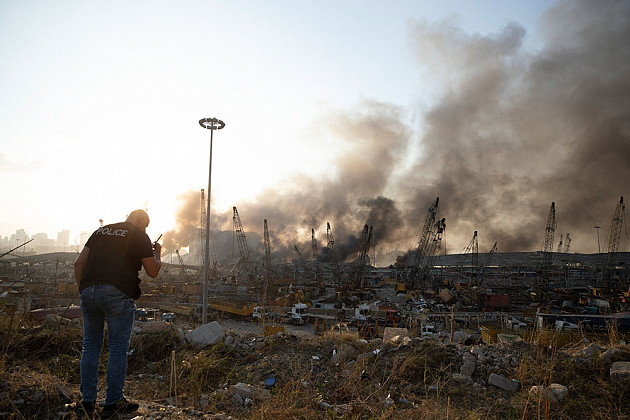 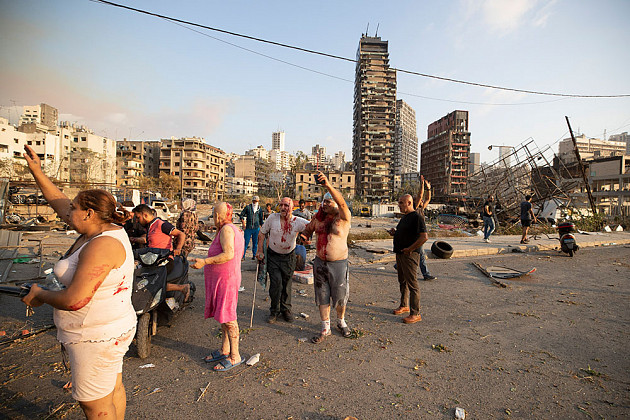 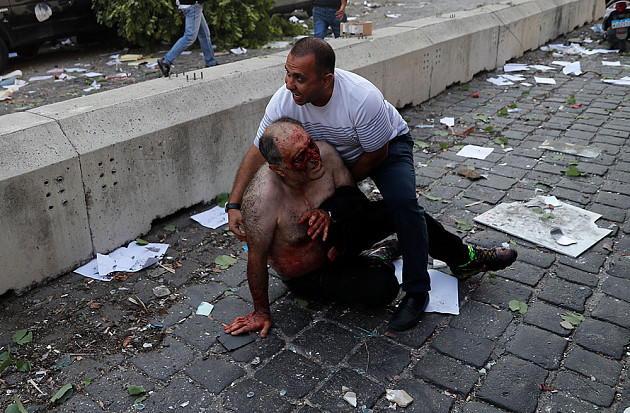 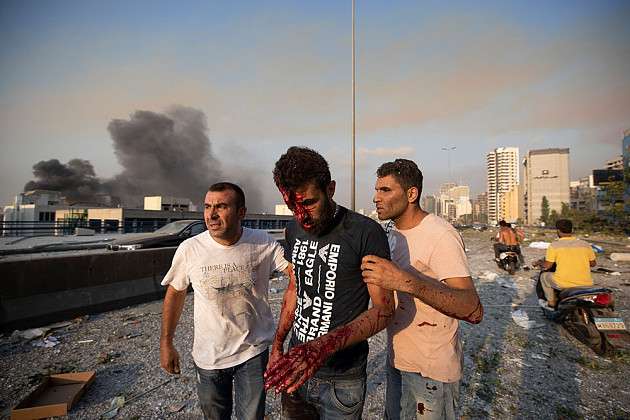 Mediazona reported that the Rhosus was transporting nitrate from the Georgian port of Batumi to Mozambique in 2013, making an unscheduled stop in the port of Beirut due to technical problems on board. Following an inspection, local authorities barred the vessel from going out to sea. Several crew members were able to get to shore and return home, but four sailors – three Ukrainians and one Russian – stayed on board to support the ship, returning home a year later.

Russian businessman Igor Grechushkin, now a Cyprus resident, has been named as ship's owner. Shortly after entering the Lebanese port, Grechushkin reportedly declared bankruptcy and "abandoned" the vessel, which was arrested at the request of creditors.

An October 2015 report by industry website Shiparrested.com noted that the confiscated ammonium was discharged to a warehouse by port authorities, with the ship and its remaining cargo awaiting auctioning and proper disposal.

Ammonium nitrate, a compound of ammonia and nitrogen, is a highly volatile material used in agricultural fertilizers and bombs. The substance has been known to cause numerous industrial explosions.

The Tuesday warehouse blast has killed at least 100 people and injured nearly 4,000, with officials saying the toll is expected to rise.