The site uses cookies and other technologies to help you navigate, as well as provide the best user experience, analyze the use of our products and services, and improve the quality of advertising and marketing activities.
Accept
RTVI
News
17:55
Investigators launch inquiry into ex-governor Sergey Furgal's involvement in two other contract killings
Share: 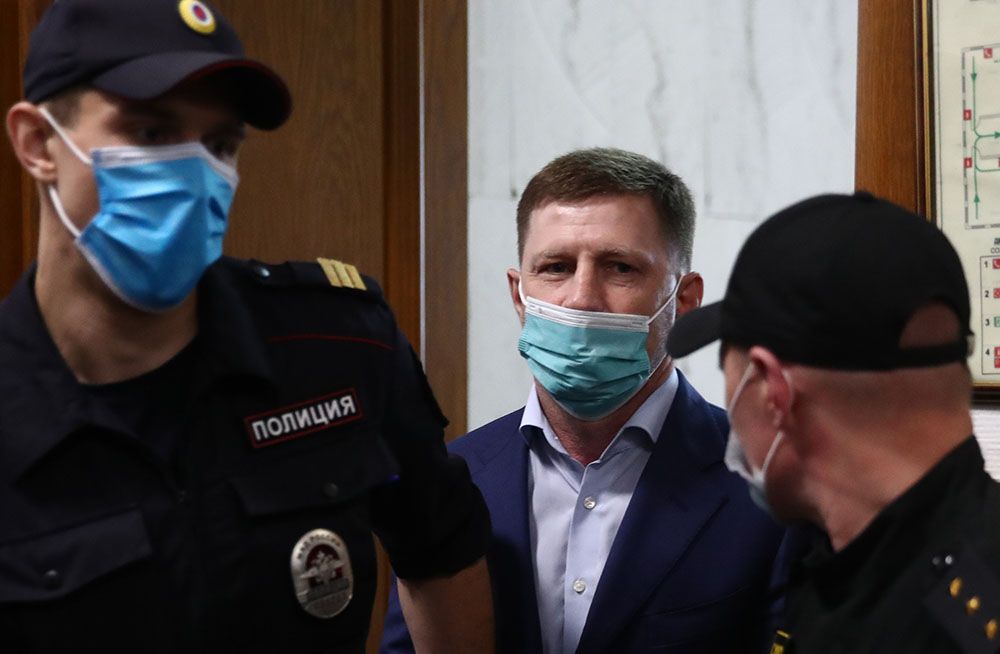 "With regard to Furgal and four other defendants, inquiries are being carried out to establish their involvement in crimes committed under Criminal Code articles 'Murder' and 'Attempted Murder'," the TASS source said.

According to the source, the crimes took place in a village in the Khabarovsk region, with the case files referring to businessmen who were involved in the scrap metal business.

Another TASS source said that prosecutors established Furgal's involvement in the crimes back in 2004, but the criminal case against him was closed.

Former governor Sergey Furgal was detained on July 9 on suspicion of organizing multiple murders between 2004 and 2005, and taken to Moscow for the duration of the investigation. A court arrested Furgal on July 10 for two months ahead of his impending murder trial.

Furgal allegedly masterminded the murders of entrepreneurs Evgeny Zori in 2004 and Oleg Bulatov in 2005, as well as the attempted murder of businessman Alexander Smolsky, as part of a criminal group.

Four members of the alleged organized crime group were previously arrested in November 2019 and apparently testified against Furgal, aiding his arrest. Nikolai Mistrukov, a former regional deputy and one of Furgal's former business partners, was among those detained.

President Vladimir Putin dismissed Furgal on July 20 due to an apparent "loss of confidence," and appointed Mikhail Degtyarev, a State Duma deputy from the Liberal Democratic Party (LDPR) in his place.

Furgal's arrest has triggered a wave of mass protests in Khabarovsk. Local residents have held rallies daily since July 11, with tens of thousands of people taking to the streets in support of Furgal.

On this topic:
Opposition journalist beaten in Khabarovsk after covering rallies in support of jailed ex-governor17:5723 July 2020