The site uses cookies and other technologies to help you navigate, as well as provide the best user experience, analyze the use of our products and services, and improve the quality of advertising and marketing activities.
Accept
RTVI
News
19:23
Israeli artist mocks PM Netanyahu with life-size Last Supper statue
Share: 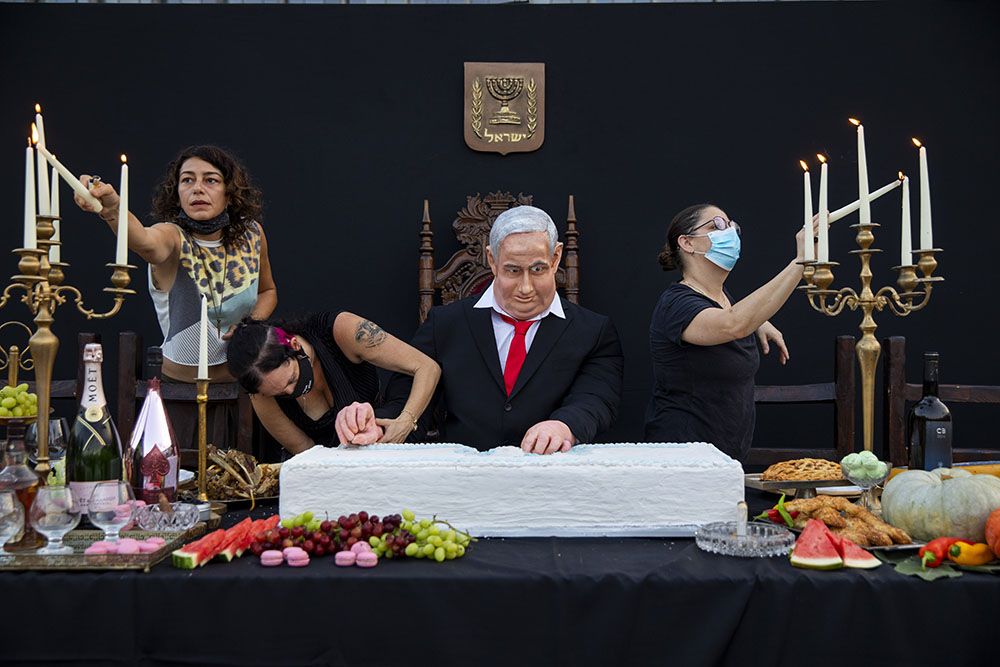 An Israeli artist has installed a pop-up exhibit of Benjamin Netanyahu enjoying a lavish meal by himself in a mock re-enactment of the Last Supper in Tel Aviv, the AP reported on Wednesday.

Artist Itay Zalait said the installation is meant to symbolize the “last supper of the Israeli democracy.”

The installation, displayed in Tev Aviv's Rabin Square, depicts Netanyahu behind a long table is filled with platters of juicy fruit, wads of cash, empty bottles of liquor and a cigar, mocking the expensive gifts he is accused of improperly accepting from wealthy associates. 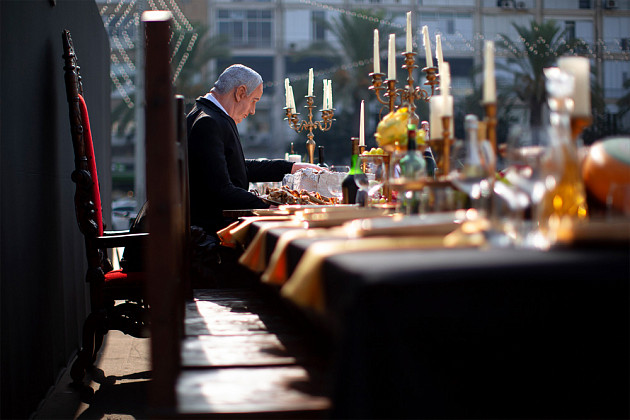 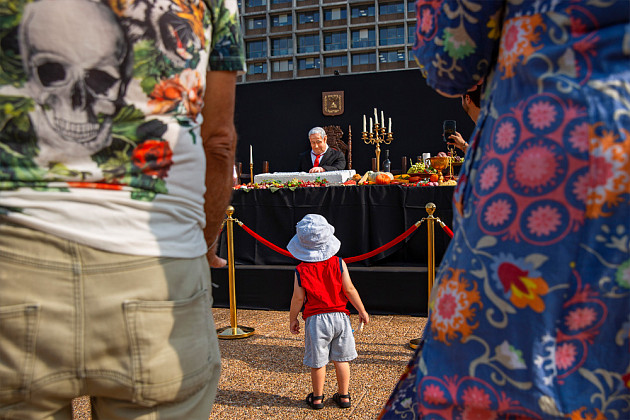 “You have the prime minister of Israel sitting in the center of the table and grabbing and sucking all this rich food to himself. Now he’s practically finished this meal and he’s now at the stage of the dessert, which is referring to the last minutes of time we can do something to save Israeli democracy,” Zalait said.

The exhibit comes amid accusations of Netanyahu stepping over Israel’s democratic traditions as he hangs on to his position while on trial for corruption charges and pushes for emergency powers under the guise of battling the coronavirus crisis.

Thousands of people have taken to the streets in Israel in recent weeks calling on Netanyahu to resign over a botched response to the economic crisis brought about by the coronavirus pandemic, accusing him of being a hedonist out of touch with common people.

Netanyahu denounced the display in a Facebook post, saying there was no place for incitement and death threats against him, “including the disgraceful threat of crucifixion today in Tel Aviv.”

Two years ago, Zalait erected a statue of Israel’s then-culture minister Miri Regev wearing a long white dress and staring into a mirror in protest over her calls for legislation requiring artists to show “loyalty” to the state.