The site uses cookies and other technologies to help you navigate, as well as provide the best user experience, analyze the use of our products and services, and improve the quality of advertising and marketing activities.
Accept
RTVI
News
18:41
Kremlin 'advises' companies to promote constitutional reform vote amongst employees: Reuters
Share: 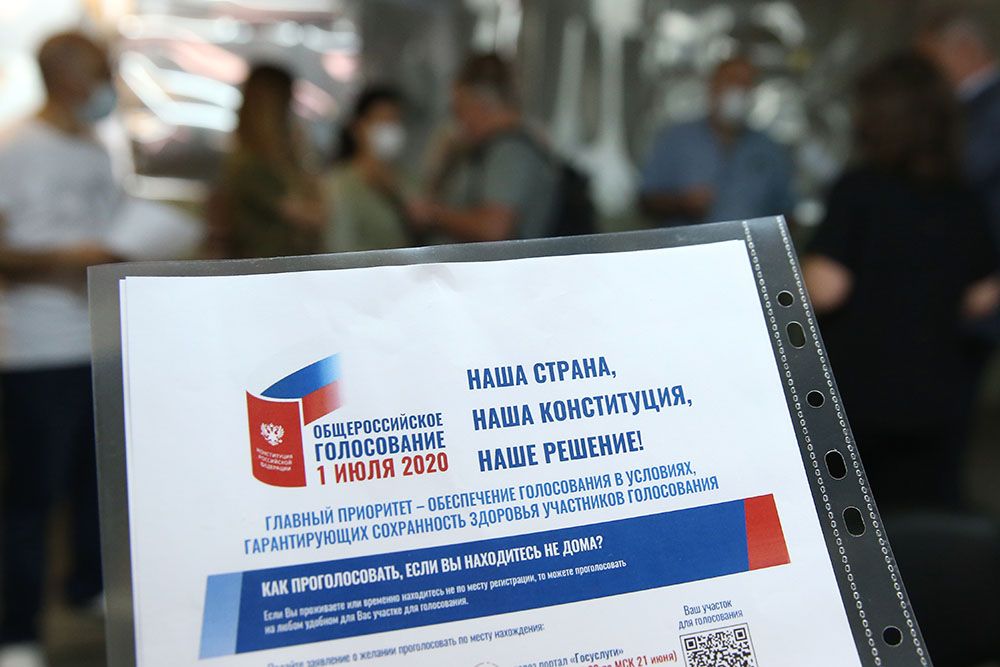 The documents, authenticated by sources in three unnamed 'large private companies', include a note explaining what they called Project “Mobilisation in companies 2020” along with instructions on how to encourage employees to vote.

A section titled “Additional information on those who did not vote at the polling station on election day,” contains the following advice: “(Send a) reminder of the need to vote (by telephone, SMS or text message)’.”

The instructions also contain a list of answers to 'tricky questions' about the reforms that could potentially be posed by employees. The first hypothetical reads: "‘Is it true that Putin is changing the constitution for himself so that he can remain in power?’”

The suggested response is: “Putin is doing this for us so that whoever comes after him could not collapse the country like (Mikhail) Gorbachev and (Boris) Yeltsin did.”

Company heads have also been instructed to inform workers that Putin had "changed his mind" about a potential power transition due to global instability, and that he could "stay in power without any official title" as he was Russia's "national leader."

The documents indicate that a prize draw will be held outside polling stations to draw in voters, offering them the chance to win a car or an apartment.

Although there are no legal barriers to promoting an increased turnout, the prize draw will enable firms to monitor their employees' participation in the vote, as they will receive a QR code once they enrol in the raffle.

During the first six days of early voting – from June 26 to June 30 – firms will relay information on employee turnout at the end of each day to a body named “the Project Office." The information will be reported every two hours on July 1, the main voting day.

Nine regions, including Moscow, have confirmed that they will hold prize draws so far.

A recent report by TV Rain exposed a scheme offering Muscovites to register and vote in favor of the amendments online using fraudulent data in exchange for cash. The compromised data mostly consists of elderly residents that do not use the city's online infrastructure. Moscow police confirmed that it had established a "range of suspects" in an ongoing investigation of the scheme on June 22.

Russia's plebiscite on amendments to the Constitution will run from June 25 to July 1. Voters in Moscow and the Nizhny Novgorod region will be able to cast their ballots online during the outlined period. Early voting is already running in several remote regions of the country.

If the majority of Russians vote in favor of the amendments, Vladimir Putin's presidential terms will be reset, allowing him to get re-elected and stay in power until 2036.