The site uses cookies and other technologies to help you navigate, as well as provide the best user experience, analyze the use of our products and services, and improve the quality of advertising and marketing activities.
Accept
RTVI
News
18:28
Lukashenko invites attorney generals of Russia and Ukraine to find joint solution to recently arrested 'mercenaries'
Share: 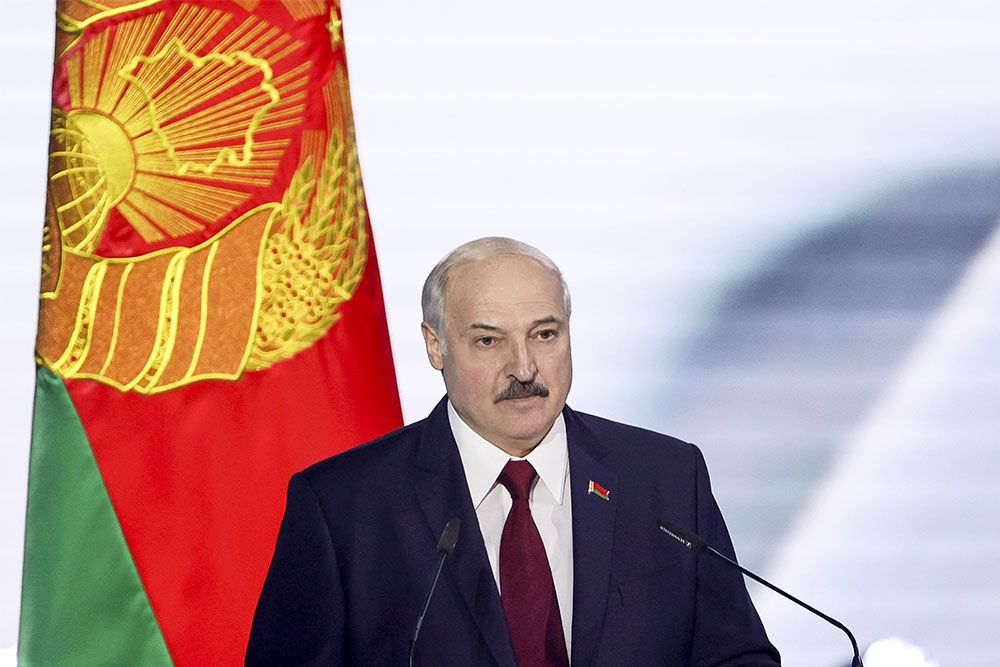 President Alexander Lukashenko has invited the attorney generals of Russia and Ukraine to Belarus to negotiate a solution to the 33 detained Russian nationals allegedly employed by the Wagner private military company, according to a report by state-run agency BelTA on August 6.

Lukashenko proposed holding a joint meeting between the attorney generals of Belarus, Ukraine and Russia to find a joint solution to the issue of the arrested suspects, who Belarusian authorities claim were plotting riots prior to the country's upcoming presidential election.

"Everyone's concerned about this problem, a serious problem. Put the international treaties and agreements between Russian Federation and Ukraine before you, along with our laws. [...] The three of you will be able to resolve this," Lukashenko said during a security meeting on Thursday, adding that Belarus will resort to finding a solution on its own if the prosecutors refuse to come to Minsk.

"We will solve this problem. There should be no politicization. We don't need any political or economic performances. And we don't need any consequences to scare us either. We know about all the consequences. We shouldn't be scared of Americans, of NATO. It's not the Americans or NATO who sent 33 people here, for that matter," Lukashenko said.

Ukrainian President Volodymyr Zelensky yesterday asked Lukashenko to consider extraditing several of the detained individuals, suspected by Ukraine of committing war crimes during the conflict in the country's Donbas region. Ukraine's Foreign Minister Dmytro Kuleba said on August 6 that the country had sent Belarus an official extradition request, but had yet not received a reply.

Belarusian law enforcement detained 33 Russian citizens on July 29, believing them to be associated with the Wagner private military company, which is reportedly linked to Russian businessman Yevgeny Prigozhin, also known as “Putin’s Chef” for his Kremlin catering contracts. Wagner mercenaries have taken part in multiple armed conflicts, such as the war in eastern Ukraine and the Syrian civil war.

According to independent newspaper Novaya Gazeta, at least 15 of the 33 detainees have been confirmed to be Wagner mercenaries – three of them were involved in the conflict in eastern Ukraine, while seven others have fought in Syria. Russian author Zakhar Prilepin has also said that "two or three" of the arrested Russians had served in his former battalion during the war in Donbas.

Russian officials claim the suspects had intended to fly to Latin America through Istanbul on a commercial contract, using Minsk as a transit point. One in three suspects had previously named Venezuela as the group's final destination.

Kremlin spokesman Dmitry Peskov has also claimed that the suspects were in transit to Istanbul, calling the detainees "private guards."

Lukashenko urged Russia to "stop the lying" in response to the claims in a recent address.

On this topic:
Zelensky and Lukashenko discuss extradition of detained Russian 'mercenaries'16:075 August 2020

Lukashenko claims second group of foreigners detached to Belarus to destabilize country ahead of election14:544 August 2020