The site uses cookies and other technologies to help you navigate, as well as provide the best user experience, analyze the use of our products and services, and improve the quality of advertising and marketing activities.
Accept
RTVI
News
13:26
Mikhail Mishustin reinstated as Russia's Prime Minister
Share: 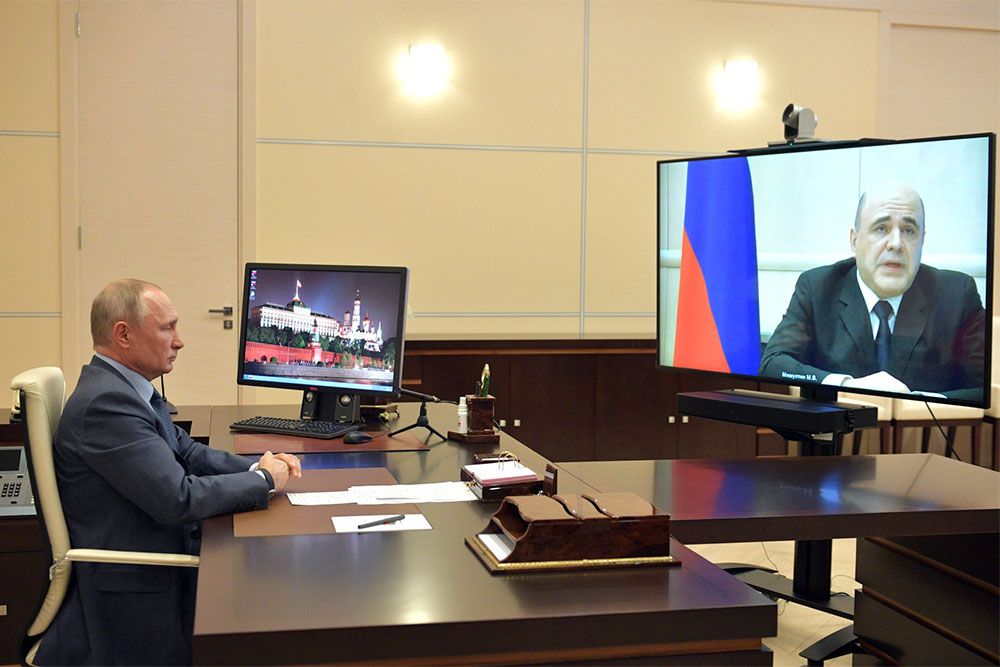 Photo:
Press Service of the President of Russia

Vladimir Putin has reinstated Mikhail Mishustin as Russia's Prime Minister - a presidential decree confirming the appointment was made public on the Kremlin's website on Tuesday.

Mishustin had confirmed that he was diagnosed with the coronavirus in late April, after which he was admitted to a Moscow hospital. The PM continued to perform some of his duties while in self-isolation, and led several government meetings via videoconference.

Meduza had previously reported that the PM may not return to his post, citing sources close to the Russian government. One of the publication's sources noted that Putin appointed Belousov by separate decree, although the PM's powers are automatically transferred to his deputies in case of illness. The decree appointing Belousov is now no longer in force.

Several other high-ranking Russian officials have been diagnosed with the disease, such as Kremlin spokesman Dmitry Peskov, Minister of Culture Olga Lyubimova and Construction Minister Vladimir Yakushev.

Mishustin likely to return as PM after recovering from COVID-19, says political scientist Kirill Rogov 18:475 May 2020

Dmitry Oreshkin: Putin needs someone breathing down Mishustin's neck18:325 May 2020