The site uses cookies and other technologies to help you navigate, as well as provide the best user experience, analyze the use of our products and services, and improve the quality of advertising and marketing activities.
Accept
RTVI
News
19:48
Mining giant Norilsk Nickel outlines clean-up plan following Arctic fuel spill
Share: 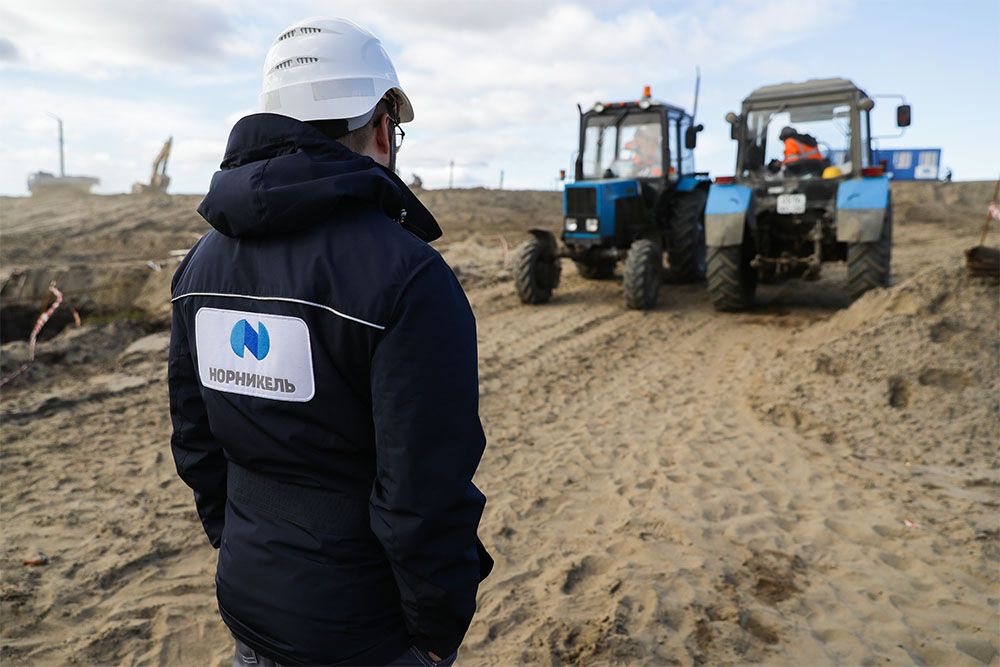 Norilsk Nickel, the world's largest producer of nickel and palladium, has outlined its clean-up plan for the region affected by the massive oil spill at one of its subsidiaries in late May, according to documents obtained by the Vedomosti business daily.

The clean-up following the massive diesel spill near the northern city of Norilsk may last until 2025, according to a draft document Norilsk Nickel presented to Russian Civic Chamber's Commission on Ecology and Environment on Tuesday.

The accident response is scheduled to end in September 2025, according to the document. The company will spend the following two years (2020-2022) on the remediation of contaminated sites, the collection of contaminated soil and sorbent and the pumping and storage of petroleum products from the affected area.

"Biological resources reproduction measures" will be set in motion once the fuel is fully removed from the environment. The region's soil, water, vegetation, birds and fish will be monitored by Russia's Federal Service for Hydrometeorology and Environmental Monitoring (Roshydromet) throughout the entire clean-up, according to Norilsk Nickel's strategy.

The mining giant has also proposed drawing on Russia's leading academic institutions – the Russian Academy of Sciences, Moscow State University and the Higher School of Economics, among others – to assist with the clean-up. The entire effort will be supervised by federal agencies – the Ministry of Natural Resources, environmental watchdog Rosprirodnadzor and the Federal Water Resources Agency (Rosvodresursy).

Elena Sharoikina, who chairs the body that reviewed the document, told RIA Novosti that Norilsk Nickel's plan drew criticism from the Civic Chamber, with an official response scheduled for early September.

"The list [of objections] will be prepared, published and sent to the Ministry of Natural Resources by September 1," Sharoikina said.

The plant is owned by the Norilsk-Taimyr Energy Company (NTEC), which manages the energy assets of Norilsk Nickel in the Krasnoyarsk region. Norilsk Nickel CEO Vladimir Potanin has vowed to clean up the pollution at the company's expense, estimating the cost of the clean-up at over 10 billion roubles (close to $145.5 million).

Rosprirodnadzor reported that 6 thousand tons of diesel contaminated the ground, while the remaining 15 thousand tons ended up in the region's water bodies, polluting the Ambarnaya and Daldykan rivers, as well as almost all their tributaries. The total area of the spill was assessed at 180 thousand square meters.

Russia's federal environmental watchdog Rosprirodnadzor recently assessed the damage at 148 billion roubles (approximately $2.07 billion) – a record fine for Russia – and sent Norilsk Nickel a claim demanding voluntary compensation. Vladimir Potanin responded by saying his firm intends to challenge the claim, later adding that he was "willing to discuss the assessment with the authorities."

The spill is the second-largest in Russian history, following a 1994 accident in which an estimated 100,000 tons of oil burst into the tundra from a ruptured pipeline between Usinsk and Kharyaga.

'We'll spend as much as we have to': Norilsk Nickel head Vladimir Potanin vows to clean up Arctic fuel spill15:165 June 2020