The site uses cookies and other technologies to help you navigate, as well as provide the best user experience, analyze the use of our products and services, and improve the quality of advertising and marketing activities.
Accept
RTVI
News
16:20
Moscow to ease coronavirus restrictions from June 1, says Mayor Sergey Sobyanin
Share: 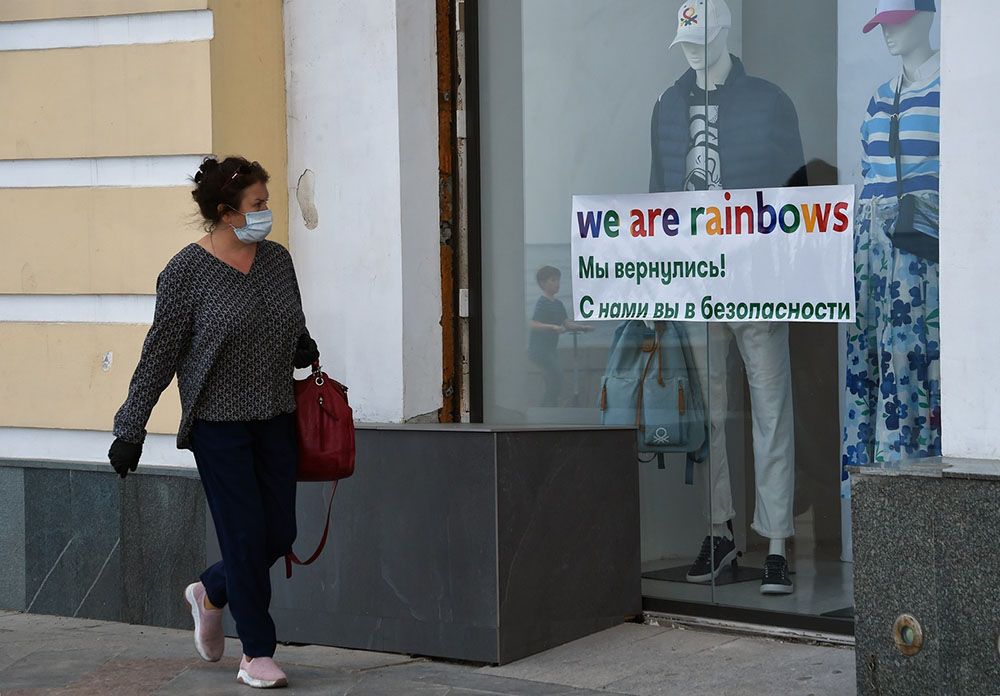 Moscow Mayor Sergey Sobyanin announced on Wednesday that the city would lift some of its coronavirus-related restrictions starting from June 1.

Update: News agency Interfax has reported that Muscovites will be allowed to go on walks three times a week – twice on weekdays and once on weekends – in line with a schedule system. There will be no limits on walks in the early morning. Schedules will be published on mos.ru – the website of the Moscow Mayor's Office.

The announcement was made during a video conference call with President Vladimir Putin.

Muscovites will also be allowed to go on walks during specified times to prevent the gathering of crowds. "[We] don't want people going outside all at once," Sobyanin said. A schedule system regulating walks will be assigned to apartment buildings across the city in the coming days.

The COVID-19 situation in Moscow has stabilised, Sobyanin said. Moscow is fully ready to resume preparations for the rescheduled Victory Parade, which will be held according to plan, he added. Vladimir Putin announced yesterday that Russia's annual military parade on Red Square would be held on June 24, coinciding with the date of the parade in 1945.

Russia's regions – North Ossetia, Dagestan, Ingushetia, the Zabaykalsky region, as well as Pskov and Vladimir – will also begin receiving medical aid from Moscow as they continue to battle the coronavirus. "We will send [medical] teams to the Pskov and Vladimir regions today and tomorow, [we] will send doctors in the near future," Sobyanin promised.

The Russian government previously announced a three-stage plan on lifting coronavirus restrictions. Elena Andreeva, head of the Moscow branch of state consumer rights protection agency Rospotrebnadzor, said on Wednesday that Moscow was ready to implement the first and second stage of the plan.

On this topic:
Russian government proposes three-stage plan for easing coronavirus lockdown17:286 May 2020