The site uses cookies and other technologies to help you navigate, as well as provide the best user experience, analyze the use of our products and services, and improve the quality of advertising and marketing activities.
Accept
RTVI
News
14:26
Poland fines Russian gas giant Gazprom $57 million over Nord Stream 2 pipeline
Share: 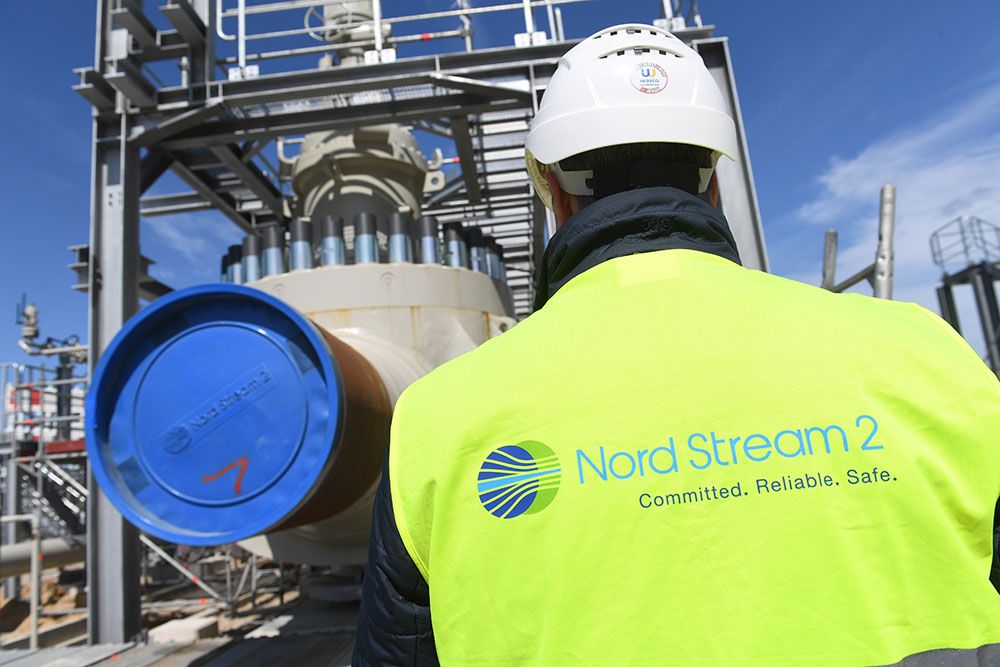 Poland’s anti-monopoly watchdog UOKiK said on Monday that it had fined Russian gas titan Gazprom 213 million zloty ($57 million) for failing to cooperate in its investigation of the Nord Stream 2 pipeline project.

“At the beginning of the year, we requested Gazprom provide us with contracts concluded by its subsidiary with other companies financing the construction of Nord Stream 2...The company failed to provide such information,” Reuters cited UOKiK head Tomasz Chróstny as saying.

“To my mind, it is an intentional act, the aim of which was to obstruct the ongoing proceedings,” he added.

The agency noted that the 213-million zloty fine is the maximum sanction for the offence.

In 2015, six companies filed an application with UOKiK to establish a joint undertaking financing the pipeline's construction. In 2016, the regulator advised against the deal, as it believed it would violate competition laws and could lead to Gazprom exerting monopoly powers on gas supplies to Poland. The application was withdrawn, effectively meaning that the venture was prohibited.

When the venture went on as originally planned, UOKiK opened an investigation into Gazprom and its five contractors for proceeding without the agency's consent.

Nord Stream 2 is led by Gazprom, with half of the funding provided by Germany’s Uniper and BASF’s Wintershall unit, Anglo-Dutch company Shell as well as Austria’s OMV and Engie. UOKiK had imposed a 172-million zloty fine on Engie the year prior for failing to for failing to provide documents and information relating to the case. The remaining four firms have been compliant with the agency's demands, according to Chróstny.

"Undoubtedly, the attitude of Gazprom has hindered our proceedings, but Russian entrepreneur has failed to block them. We hold sufficient evidence and are finishing its analysis," Chróstny said.

Vioators of Poland's anti-monopoly laws may be fined up to 10% of their annual turnover if they are found to have a monopoly position in the market. Consortiums and joint ventures also may be dissolved "if concentration was implemented and it is no longer possible to restore [market] competition."

Gazprom supplies most of the gas consumed in Poland. Polish state-run gas company PGNiG has issued multiple complaints of it paying more than other European counterparts for Russian gas.

In July, Gazprom was ordered to pay out PGNiG the $1.6 billion the Polish company won in a pricing dispute, with the PGNiG CEO commenting that Poland’s relations with Gazprom were “becoming normal.”

Poland, along with a slew of other countries such as the US, believe that Gazprom's 1,239-kilometer (775-mile) pipeline will give Russia strategically important influence and political leverage over energy supplies to Europe. Supporters of the project, such as Germany, say the pipeline will provide essential resources to the EU's member states.

The pipeline was originally scheduled to start delivering gas from Russia to Western Europe toward the end of 2019, but work came to a standstill as Swiss-based pipe-laying company Allseas withdrew from the project following the imposition of a US sanctions law. The project was further delayed by the Denmark, which only recently authorized the use of Russian ships able to lay the final part of the pipeline. The US threatened to impose new sanctions on all companies involved in the project in mid-July.

Over 90% of the pipeline's construction has been completed, with experts estimating that Gazprom will require at least 3-4 months to finish the project.