The site uses cookies and other technologies to help you navigate, as well as provide the best user experience, analyze the use of our products and services, and improve the quality of advertising and marketing activities.
Accept
RTVI
News
17:26
Prominent Russian theater director Kirill Serebrennikov receives suspended sentence in embezzlement case
Share: 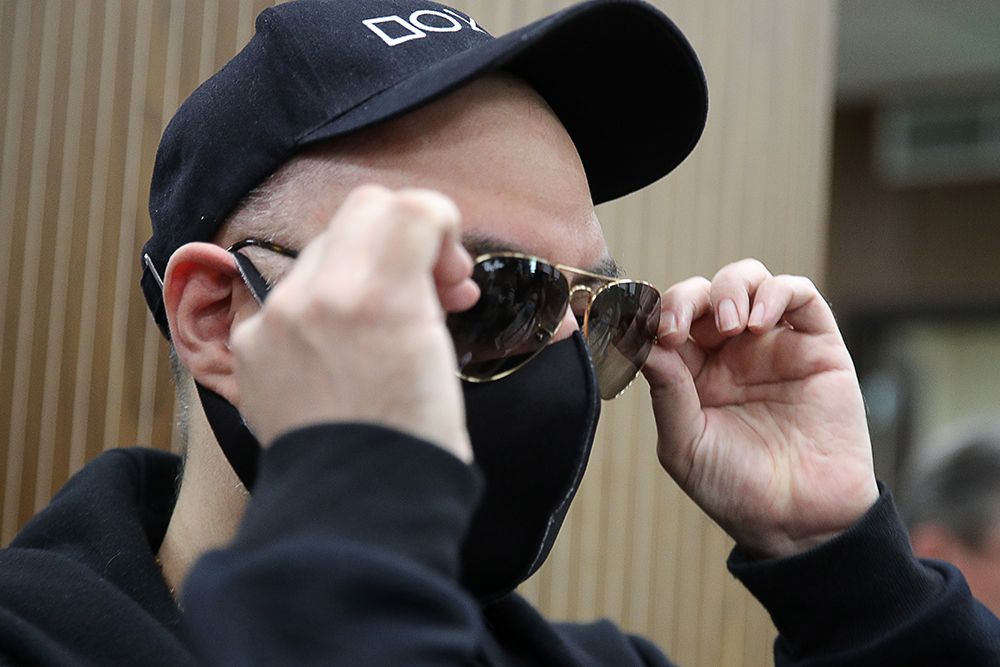 Kirill Serebrennikov, a prominent Russian theater and film director, was found guilty of large-scale embezzlement and handed down a three-year suspended sentence by Moscow's Meshchansky District Court on Friday.

Director Kirill Serebrennikov has received a three-year suspended sentence along with an 800 thousand rouble fine after being found guilty of embezzling 129 million roubles (over $1.86 million) in government funds granted from 2011 to 2014 to Seventh Studio, a nonprofit organization, towards a theater project called Platforma (Platform). The court named Serebrennikov as the "head of a criminal group" who had orchestrated the embezzlement.

Former Seventh Studio producer Alexei Malobrodsky received a two-year suspended sentence along with a 300,000 rouble (approximately $4,300) fine. Seventh Studio director Yury Itin was handed down a three-year suspended sentence and a 200,000 rouble (approximately $2,870) fine. Both men were named as co-conspirators in the case.

Former Ministry of Culture employee Sofia Apfelbaum, the fourth defendant in the case who was originally named as a co-conspirator, received a fine of 100,000 roubles (approximately $1,435) after her charge was requalified from fraud to criminal negligence. The court claimed that the official was "unaware of criminal intent" when signing financial documents. Apfelbaum was released from her sentence due to the expiration of the statute of limitations.

Several hundred supporters of the co-defendants, including singer Roman Bilyk, writer Dmitry Bykov and famous rapper Oxxxymiron, gathered outside the court building and met the announcement of the verdict with applause.

The sentences were widely seen as a legal victory for the co-defendants, as Russian courts rarely issue not-guilty verdicts.

A state prosecutor had recently requested six years in prison for Serebrennikov, five years for Malobrodsky and four each for Itin and Apfelbaum.

All the defendants denied any wrongdoing throughout the trial and dismissed the charges against them as unfounded. Serebrennikov called the charges "absurd" and maintained that the financing was used properly.

Serebrennikov, Apfelbaum and Itin were released in April last year after a year and a half of house arrest, but ordered to remain in Moscow for the duration of the trial.

The director's arrest in August 2017 drew international attention – multiple prominent figures both at home and abroad called for his release.

Serebrennikov's work has drawn criticism in Russia from conservatives who interpret his plays – which often feature obscene language and nudity – as overstepping 'acceptable' boundaries. Serebrennikov has also taken part in anti-government protests and criticized the growing influence of the Russian Orthodox Church.