The site uses cookies and other technologies to help you navigate, as well as provide the best user experience, analyze the use of our products and services, and improve the quality of advertising and marketing activities.
Accept
RTVI
News
13:32
Russia's coronavirus cases close in on 650,000 as country votes on constitutional reform package
Share:

Russia's coronavirus cases close in on 650,000 as country votes on constitutional reform package 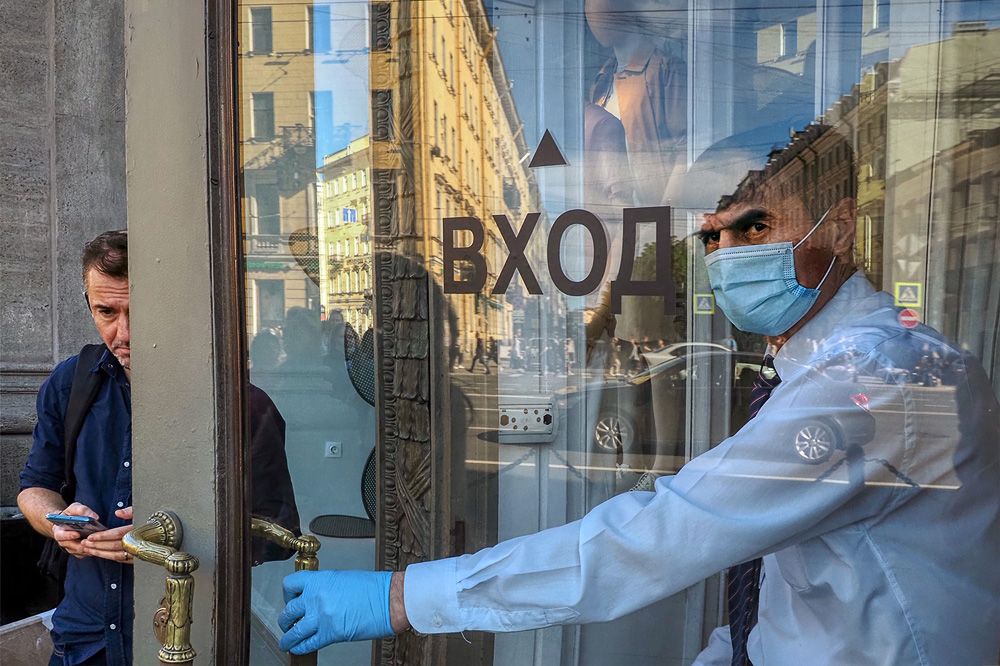 Russian authorities reported 6,693 cases of the novel coronavirus on Tuesday, June 30, bringing the nationwide infections total past past 647,000.

Russia's fresh infections count has maintained below 7,000 for five days in a row.

The updated statistics include 154 new fatalities recorded over the past 24 hours. The country's overall death toll is now 9,320 – a rate much lower than in other countries with similar outbreaks of the disease.

Russian officials have attributed the low count to mass testing, while critics have accused the government of deliberately underreporting the figures in order to downplay the severity of the crisis.

The majority of new infections (745) were reported in Moscow – it remains the country's most-affected area in terms of total confirmed cases, with 221,598, 67,405 of which are active.

Russia's highest one-day coronavirus tally – 11,656 cases – was posted on May 11. The country is in third place worldwide in terms of total confirmed COVID-19 infections – the US is in first with over 2.59 million cases, while Brazil is in second with over 1.36 million.

Multiple regions, including Moscow, have been rolling back quarantine measures to accommodate Russia's plebiscite on amendments to the Constitution, scheduled to run from June 25 to July 1. If the majority of Russians vote in favor of the amendments, Vladimir Putin's presidential term clock will be reset, allowing him to stay in power until 2036.

As of 10.00 GMT on June 30, there are over 10.3 million confirmed COVID-19 cases worldwide, according to Johns Hopkins University's latest data. The virus has claimed the lives of over 505,500 people. Over 5.23 million patients have recovered.