The site uses cookies and other technologies to help you navigate, as well as provide the best user experience, analyze the use of our products and services, and improve the quality of advertising and marketing activities.
Accept
RTVI
News
20:34
Russian communist unveils Stalin statue on day of rescheduled WWII victory parade
Share: 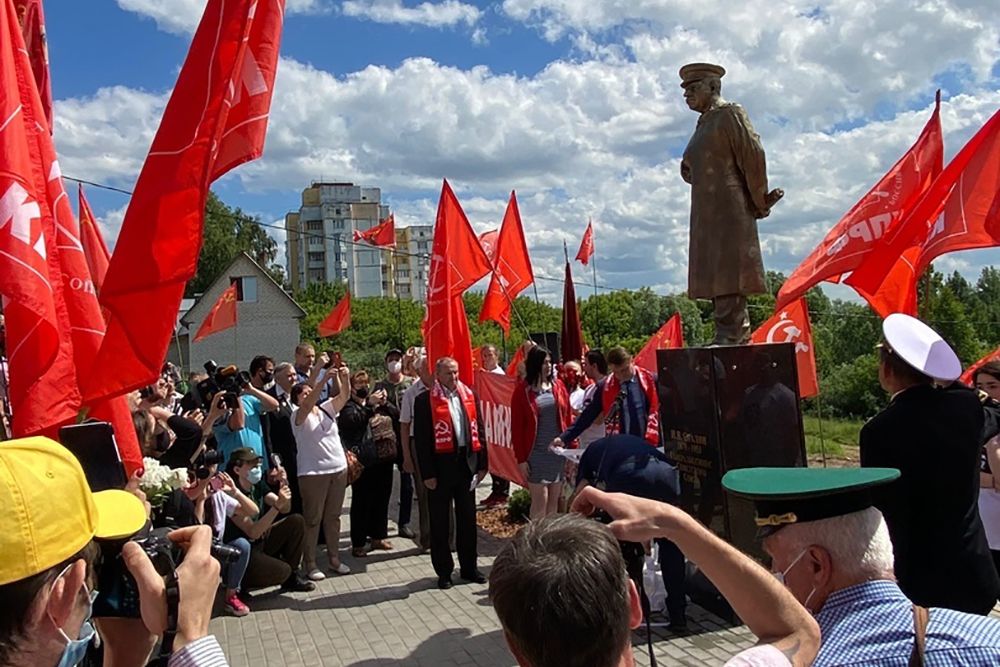 A Russian Communist businessman unveiled a statue of Josef Stalin on the 75th anniversary of the 1945 victory parade on Red Square, Kommersant reported on June 24.

The unveiling comes as Russia continues to struggle with interpreting the Soviet dictator's legacy.

Close to four hundred people carrying red flags and flowers attended the ceremony on Wednesday in the town of Bor, a city close to Nizhny Novgorod, a major city to the east of Moscow. The date of the unveiling was selected to coincide with the 75th anniversary of the victory parade on Red Square in 1945.

The three-meter concrete statue, finished with bronze, depicts Stalin in a military trenchcoat and cap.

Alexei Zorov, a local businessman and the head of the local Communist Party branch, said he had purchased the land specifically for erecting the monument. Zorov added that he plans to build a Stalin-themed museum next to the statue.

An announcement on the Communist Party's website claimed that the statue of Stalin was the first in the Nizhny Novgorod region, and described the unveiling as a "a very important event."

The local administration claimed that the monument was erected illegally and promised the entrepreneur that an official investigation into the matter would soon be underway. Zorov responded by asserting that he is the land's sole owner, and will dispose of the land as he sees fit.

Stalin was denounced by the Soviet leadership following his death in 1953, and has been held responsible for the deaths of millions of people, which resulted from policies such as the forced collectivization of farms that caused mass starvation and famines, as well as political repressions and imprisonment in forced-labor camps (the GULAG).

Many Russians continue to associate Stalin with the Soviet Union's achievements, such as the victory in WWII, preferring to downplay the suffering caused by his rule.

Multiple monuments to Stalin have been erected across Russia in recent years.