The site uses cookies and other technologies to help you navigate, as well as provide the best user experience, analyze the use of our products and services, and improve the quality of advertising and marketing activities.
Accept
RTVI
News
17:06
Russian journalist fined for 'disobeying' policeman who broke his arm
Share:

Russian journalist fined for 'disobeying' policeman who broke his arm 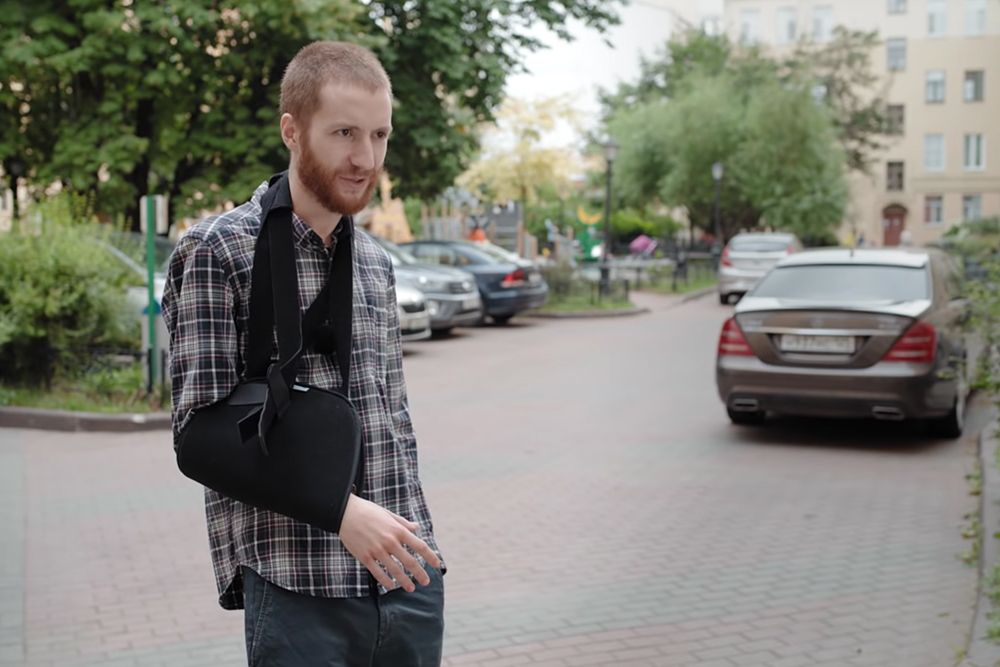 A St. Petersburg court has issued Mediazona journalist David Frenkel a 2,500 rouble (approximately $35) fine for "interfering with the work of an election commission" and "disobeying the police" during the national plebiscite on amendments to Russia's Constitution.

Frenkel was also issued a warning for disobeying the city's self-isolation regime.

The journalist was attacked by a police officer on June 30 while attempting to investigate allegations concerning the apparent removal of a voting commission member from a St. Petersburg polling station.

Frenkel had tweeted that the police broke his arm during the arrest. Videos of the incident show the reporter being dragged to the floor, followed by a loud cracking noise.

Frenkel was later taken to the hospital, where he was diagnosed with a fracture, undergoing surgery shortly after. The journalist was discharged from hospital on July 6.

The court stated that Frankel had "provoked a conflict" by recording a video in the polling station, preventing voters from entering the building, which led to the formation of a long line.

According to the court, Frenkel was issued a warning, which he ignored. The authorities maintain that the officer had asked to accompany Frenkel to the police station, but the journalist resisted and pushed the policeman away.

Kremlin spokesman Dmitry Peskov and Russian human rights commissioner Tatyana Moskalkova have both called for an investigation into the attack.

Russia's plebiscite on constitutional amendments ran from June 25 to July 1 in the first test of multi-day voting in the country's modern history.

Nearly 78% of voters supported the amendments in a 68% turnout, if official statistics are to be believed. A key provision has enabled President Vladimir Putin to run for re-election twice following the expiry of his current term, potentially remaining in power until 2036.

Independent observers and data scientists have said the week-long plebiscite was marred by unprecedented levels of fraud, while social media users ridiculed the vote online.