The site uses cookies and other technologies to help you navigate, as well as provide the best user experience, analyze the use of our products and services, and improve the quality of advertising and marketing activities.
Accept
RTVI
News
20:54
Mediazona: Russian medics 16 times more likely to die from COVID-19 than foreign colleagues
Share: 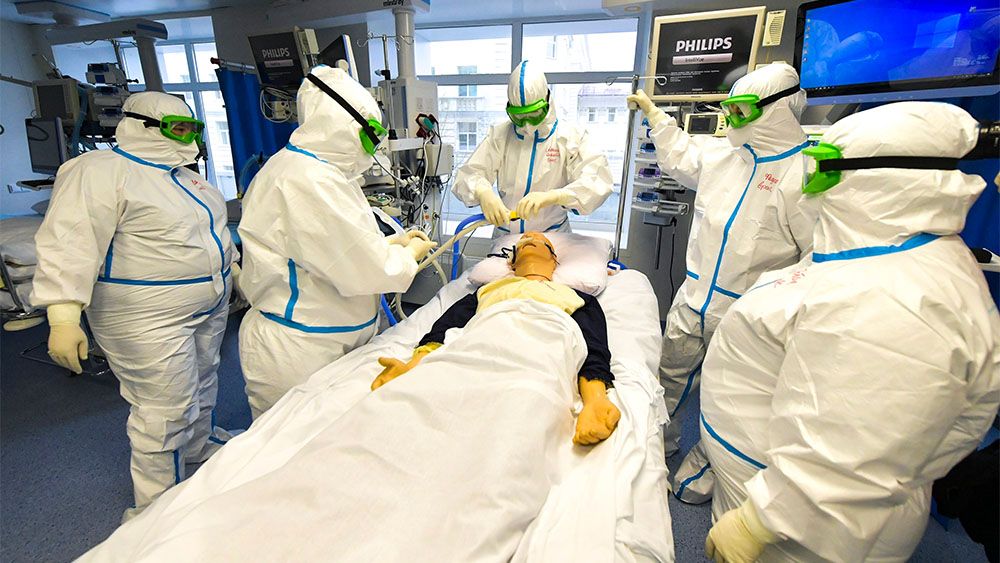 Medical professionals in Russia are 16 times more likely to die from the new coronavirus than healthcare workers in six other countries with similarly high COVID-19 stats, news outlet Mediazona reported on Tuesday.

Mediazona estimates that at least 186 Russian medics have died from the coronavirus, meaning that one in every 15 COVID-19 deaths in Russia is a medical worker, making the disease 16 times as deadly for healthcare workers than in six other countries with similar levels of infection.

The study was based on an unofficial list created by Russian doctors reporting their colleagues' deaths, as Russia has no separate count of medical professionals who have died from the virus.

The list contained 222 names as of May 18. Mediazona cross-referenced the unofficial list with government and media reports, posts on social networks, and messages from the medics' friends and family, and was able to verify the deaths of 165 people.

Four regions account for two thirds (164) of all cases confirmed by the publication – Moscow, the Moscow region, St. Petersburg and Dagestan. Dagestan has officially reported 40 deaths, while 16 were confirmed in the Moscow region and 14 in St. Petersburg. Authorities in Moscow have refrained from commenting on the deaths of medical professionals in the Russian capital.

Paramedics and nurses accounted for half of the victims, the study said.

Russia's official COVID-19 figures indicated 2,722 deaths as of May 18 – the lowest death toll among the world's top ten countries with the highest number of detected cases.

If official statistics are to be believed, the study said, then every 15th victim of the coronavirus in Russia is a doctor or a medical officer, meaning that health professionals account for close to 7% of Russia's COVID-19 death tally. This ratio is on average 16 times higher than in six other countries with similar coronavirus outbreaks - Iran is a distant second with 1.59%, while the ratios in Italy and the UK are 0.65% and 0.53 respectively.

Mediazona offered two possible explanations for the elevated death toll among Russian medics – inaccurate official statistics or a shortage of personal protective equipment (PPE). There is evidence to support both claims, the publication noted.

Russian authorities confirmed 9,263 new coronavirus cases on May 19, bringing the country's infections total to 299,941. The majority of new infections (3,545) were reported in Moscow. The Russian capital's COVID-19 case tally is now 149,607 - it is the country's most-affected area in terms of total confirmed cases. The Moscow region reported the second-largest increase in infections (898 new cases; 29,188 total), followed by St. Petersburg (453 new cases; 11,340 total).