The site uses cookies and other technologies to help you navigate, as well as provide the best user experience, analyze the use of our products and services, and improve the quality of advertising and marketing activities.
Accept
RTVI
News
15:31
Single pickets in support of jailed journalist resume outside Russia's Interior Ministry, leading to multiple arrests
Share: 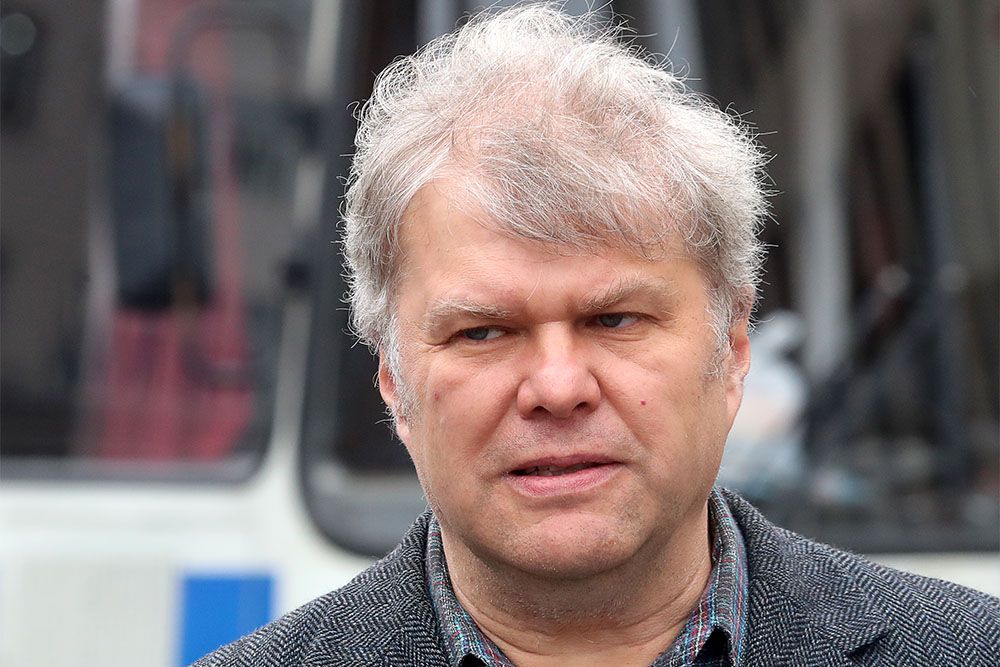 On May 29, a series of single pickets in support of recently jailed journalist Ilya Azar resumed outside Russia's police headquarters on Petrovka street, leading to multiple arrests.

Update: A total of 35 people have been arrested in Moscow and St. Petersburg after picketing in support of Ilya Azar, according to website OVD-Info. Tatiana Felgengauer and Aleksandr Plushchev have been released.

Update: Journalists Tatiana Felgengauer and Aleksdandr Plushchev have been arrested once again after monitoring today's protests in a professional capacity. They were unable to present an 'editorial assignment' to the police, after which they were detained. A total of 25 people have been arrested so far.

Moscow City Duma deputy Sergey Mitrokhin was arrested earlier in the day, along with assistant Maria Chuprina and activist Vadim Samukin. The politician held up a poster reading "No to police repressions! Freedom to Ilya Azar!", and was detained shortly after. Mitrokhin, Chuprina and Samukin have since been released.

A group of prominent Russian journalists protested in support of colleague Ilya Azar outside the Interior Ministry building in Moscow the day prior. All protesters were detained and released later in the day, having been charged with violating a statute on mass gatherings and not complying with Moscow's self-isolation regime. A series of similar pickets was also held in St. Petersburg, leading to the arrest of multiple activists.

Znak.com editor-in-chief staged a single picket in Russia’s fourth-largest city of Yekaterinburg without being detained earlier on Friday.

OSCE Media Freedom Representative Harlem Desir and Amnesty International Russia Director Natalia Zvyagina have called for the immediate release of Ilya Azar and all those detained.

Journalist Ilya Azar was detained on May 26 for picketing in support of jailed 'Police Ombudsman' founder Vladimir Vorontsov. Azar protested outside the Interior Ministry building in Moscow by holding up two posters – "Free Vladimir Voronstov" and "Free Viktor Nemytov" – after which he was arrested by the police and taken to a temporary detention center. Moscow's Tverskoy District Court sentenced Azar to 15 days in jail for "repeatedly violating" Russia's law on mass gatherings and protests.

Activist Viktor Nemytov was arrested prior to Azar for an identical picket, and was handed down a similar 15-day sentence on May 27. He has since been released.

Three more cases have been brought against Vorontsov as of May 29. He is being investigated due to "insulting a government representative," in addition to two more charges of extortion and proliferation of pornography.

On this topic:
Group of prominent Russian journalists arrested after picketing in support of colleague Ilya Azar16:3528 May 2020