The site uses cookies and other technologies to help you navigate, as well as provide the best user experience, analyze the use of our products and services, and improve the quality of advertising and marketing activities.
Accept
RTVI
News
17:55
Spill during Norilsk accident clean-up leads to renewed pollution of Ambarnaya river
Share: 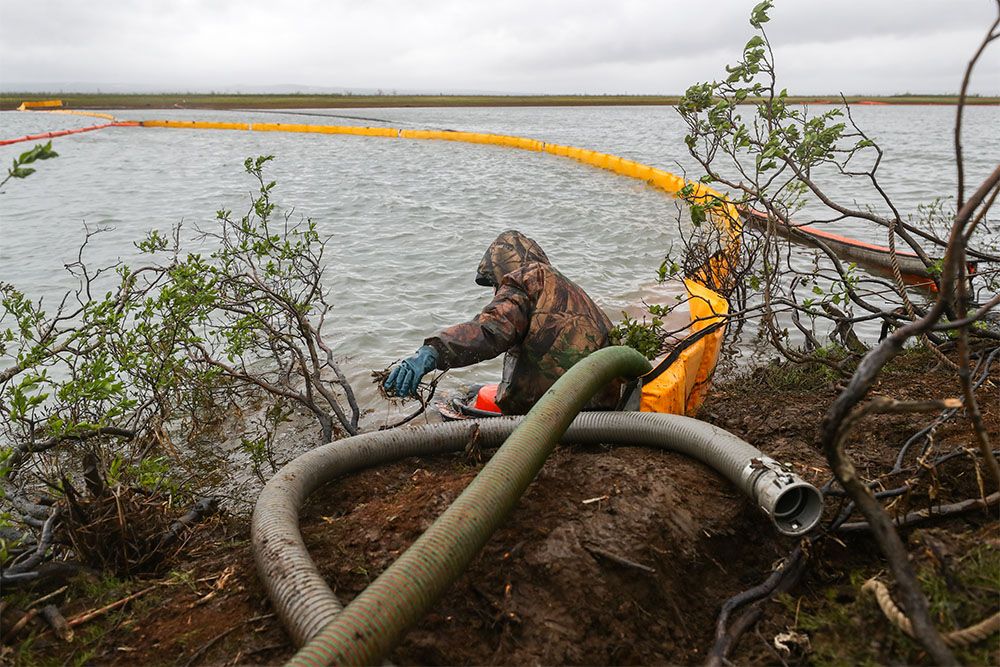 A new spill during the clean-up of the area affected by the May accident at a power plant near the northern city of Norilsk has led to the pollution of the Ambarnaya river with close to a thousand liters of fuel-water mixture, according to a report by state-run news agency TASS citing Russia's environmental watchdog Rosprirodnadzor.

The accident occurred while fuel was being pumped from tanks located on the banks of the Ambarnaya river, following a major accident at a local power plant in late May that resulted in major environmental damage to the area.

According to RIA Novosti, the water-fuel mixture was being pumped through temporary pipelines, with the spill occurring due to workers forgetting "to close the sleeve when the pump was switched on."

The Norilsk-Taimyr Energy Company (NTEC), a Norilsk Nickel subsidiary, claims that the new spill has been localized. No more than 250 liters managed to escape from the pipes, according to the company.

Politekh, the company responsible for the clean-up, did not inform Rosprirodnadzor of its activities in the area, despite an order from President Vladimir Putin.

Due to the error, Rosprirodnadzor employees are not present at the site of the new spill, and will reportedly arrive on August 8.

The plant is owned by NTEC, which manages Norilsk Nickel's energy assets in the Krasnoyarsk region. Company CEO Vladimir Potanin has vowed to clean up the pollution at the company's expense.

Russian environmental watchdog Rosprirodnadzor recently assessed the damage from the spill at 148 billion roubles (approximately $2.07 billion) – a record fine for Russia – and sent Norilsk Nickel a claim demanding voluntary compensation. The company is yet to pay out "a single rouble" in damages, according to the agency.