The site uses cookies and other technologies to help you navigate, as well as provide the best user experience, analyze the use of our products and services, and improve the quality of advertising and marketing activities.
Accept
RTVI
News
16:07
Thousands attend election rally in support of Belarusian presidential candidate Svetlana Tikhanovskaya
Share: 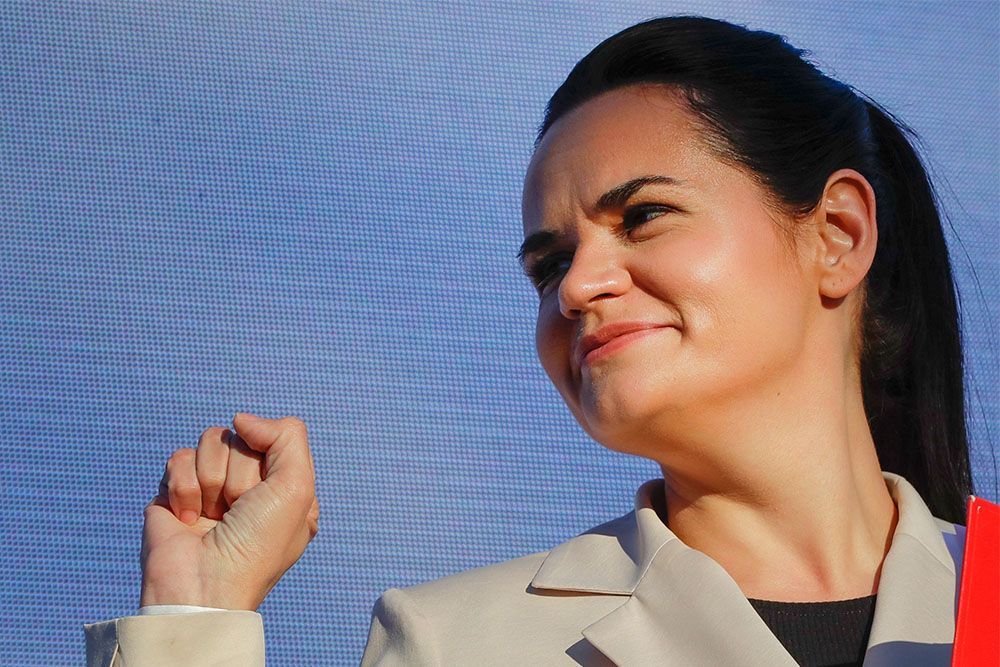 Eight to ten thousand people gathered in support of lone opposition presidential candidate Svetlana Tikhanovskaya in the Belarusian city of Homel on July 26, according to a report by TUT.by.

The rally was attended by hundreds of Homel locals wielding flags in their hands, with many displaying white ribbons on their wrists in a sign of solidarity with Tikhanovskaya's election campaign, as well as former presidential hopefuls Viktor Babaryko and Valery Tsepkalo, both of whom were barred from taking part in the vote by Belarusian authorities.

"You all know: Svetlana Tikhanovskaya is not a politician, I don't have a program for changing Belarus, but the men who were banned from taking part in the election race have one. I don't need power. I want my children, my husband, and [the opportunity to] keep frying my cutlets," the presidential candidate said in a speech addressed to the thousands present.

Tikhanovskaya announced that she would call a new, "absolutely transparent and fair" vote in the event of her victory, one which would include her husband, Babaryko, Tsepkalo and other candidates.

Belarusian authorities have cracked down on several opposition politicians in the run-up to the August presidential election. Sergey Tikhanovsky, a prominent Lukashenko rival, has been denied the opportunity to take part in the vote, and has been detained and charged with violating public order. He could face up to three years in prison if he is found guilty.

Valery Tsepkalo, a former diplomat and businessman, was barred from the election ballot after authorities refused to admit signatures in support of his candidacy, and fled the country last week fearing for his arrest.

Incumbent leader Alexander Lukashenko has been in power since 1994, and is seeking to secure his sixth term as president.