The site uses cookies and other technologies to help you navigate, as well as provide the best user experience, analyze the use of our products and services, and improve the quality of advertising and marketing activities.
Accept
RTVI
News
19:24
Treason case against ex-defense reporter Ivan Safronov not related to journalism: FSB
Share: 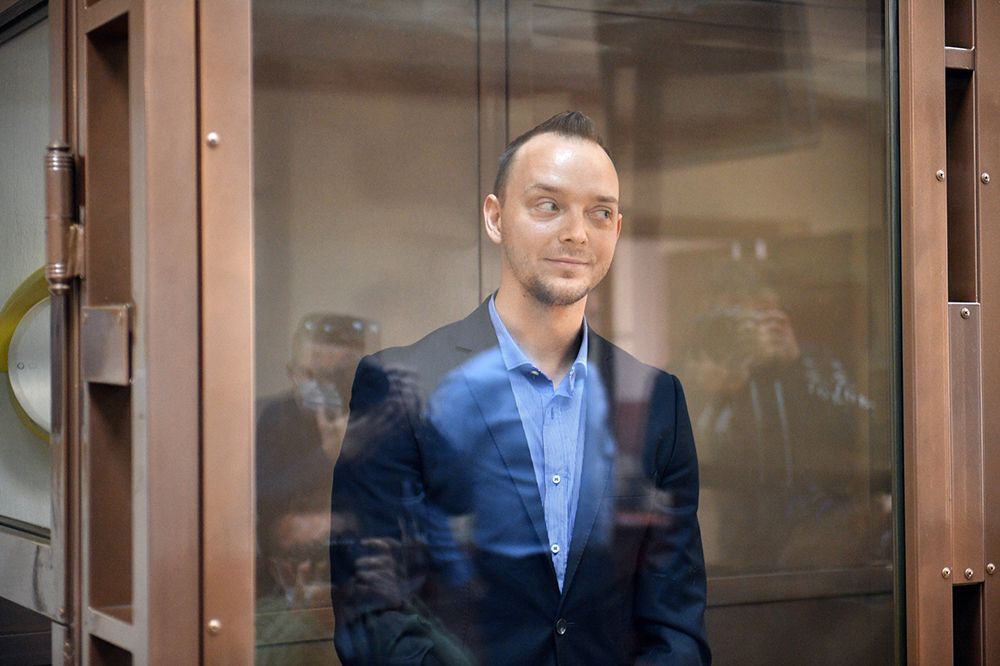 Russia's Federal Security Service (FSB) claims the treason case against former defense reporter Ivan Safronov "has nothing to do with his professional journalistic work," according to a letter published by the Russian' Union of Journalists on Monday.

In late July, the FSB refused to clarify the charges of state treason in response to requests from Safronov's lawyer. "We were denied everything," said lawyer Ivan Pavlov.

According to Pavlov, it is incredibly difficult to build a defense in an environment lacking information and transparency. Pavlov fears that data revealing the essence of the charges will only be show to Safronov's legal team in about a year and a half due to the expiry of the maximum pretrial detention period.

The Kremlin previously echoed similar sentiments to the FSB, claiming that Safronov's detention was not related to his previous work as a journalist.

"Our counterintelligence is very busy, has a lot of tasks, and does its job very well," spokesman Dmitry Peskov said on the day of his arrest.

Safronov is currently being held in Moscow's Lefortovo pretrial detention center. At the end of July, the former journalist was isolated in a solitary cell because of a suspected case of the novel coronavirus. Two of Safronov's COVID-19 tests later came back negative.

Russian Federal Security Service (FSB) officers detained Safronov, a former correspondent for the Kommersant and Vedomosti business dailies and an adviser to Roscosmos head Dmitry Rogozin on the morning of July 7 on suspicion of treason.

The former journalist was formally charged with the offense on July 13, and will remain in custody until September 6, following the rejection of an appeal for his release.

Safronov is suspected of passing military-technical information on the supply of Russian weapons to countries in Africa and the Middle East to a Czech intelligence operative, and could face up to 20 years in prison if he is found guilty.

Safronov and his defense lawyers believe that the case is linked to his previous work as a journalist, as he covered the space and defense industries for a number of years prior to his arrest.

Safronov maintains his innonence. "They're pressuring me for my articles", the former journalist said after being detained.

The ex-reporter's arrest has sparked several protests across Russia, with hundreds of people taking to the streets demanding a fair and open trial. Multiple media outlets and international organizations have also voiced their support for the former journalist. A media campaign in support of Safronov is currently underway.

On this topic:
'This is complete nonsense': Friend of jailed journalist Ivan Safronov denies ties to Czech intelligence18:2517 July 2020