The site uses cookies and other technologies to help you navigate, as well as provide the best user experience, analyze the use of our products and services, and improve the quality of advertising and marketing activities.
Accept
RTVI
News
14:36
US releases report on Russia's "propaganda ecosystem", offers $10 million reward to counter election interference
Share: 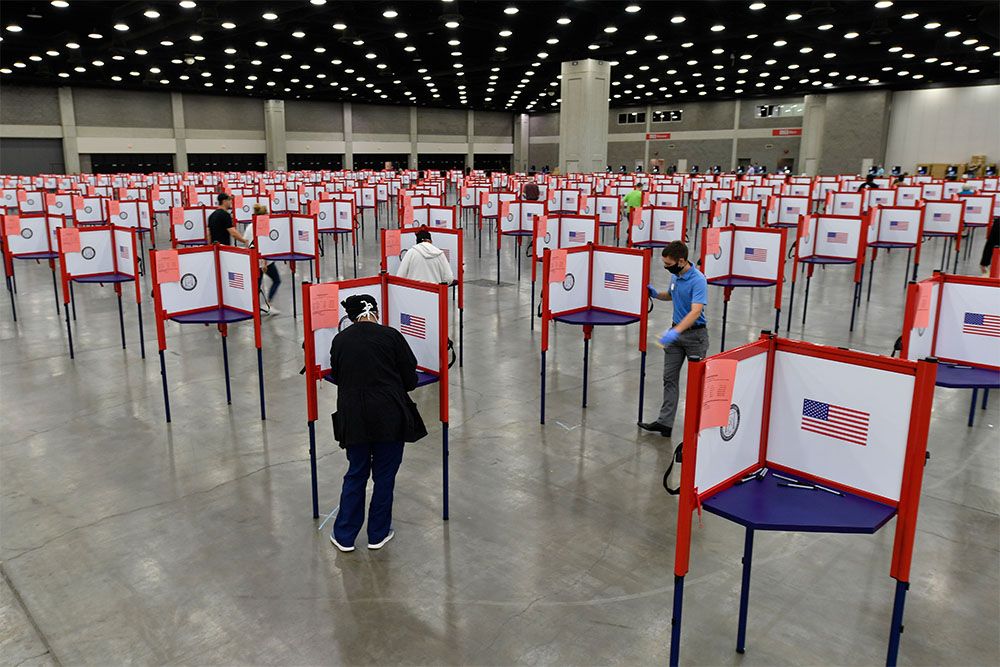 Secretary of State Mike Pompeo announced the release of a report detailing Russia's "disinformation and propaganda ecosystem" on Wednesday and said the United States would offer rewards of up to $10 million for information that may help identify state actors attempting to interfere in the November elections.

The United States "is offering a reward of up to $10 million for information leading to the identification or location of any person who, acting at the direction or under the control of a foreign government, interferes with US elections," Pompeo told reporters at a briefing on August 5.

Pompeo also announced the release of a State Department report detailing how Russia uses a network of websites to spread pro-Kremlin propaganda and disinformation in the United States and other parts of the West.

According to the document, all five "pillars of propaganda" interact with each other to create a "media multiplier effect" that "creates disinformation storms with potentially dangerous effects for those Russia perceives as adversaries at the international, national, and local level."

“The Kremlin bears direct responsibility for cultivating these tactics and platforms as part of its approach of using information and disinformation as a weapon,” the New York Times cited GEC coordinator Lea Gabrielle as saying.

The Russian Embassy in Washington responded by alleging the State Department was "not very fond of the existence of alternative sources of information," and claiming the report was an attempt to silence security cooperation between the two countries.

On this topic:
'Get out now': US threatens new sanctions over Russian gas pipeline to Germany19:5815 July 2020