The site uses cookies and other technologies to help you navigate, as well as provide the best user experience, analyze the use of our products and services, and improve the quality of advertising and marketing activities.
Accept
RTVI
News
19:10
US senators threaten to sanction German port over Nord Stream 2 pipeline
Share: 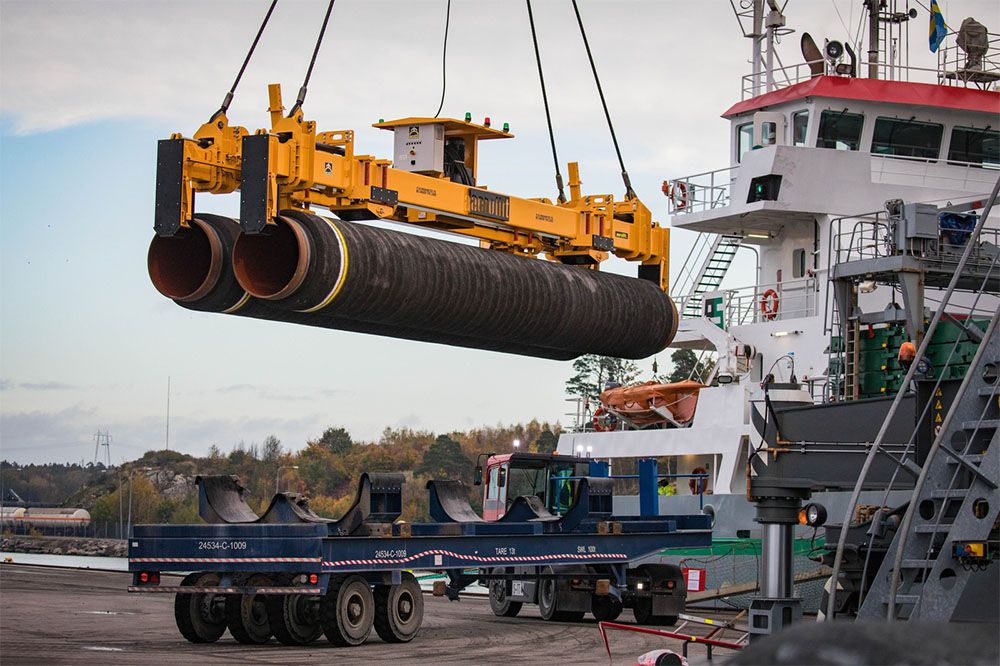 Three US senators – Ted Cruz, Tom Cotton and Ron Johnson – have threatened Fährhafen Sassnitz GmbH, the operator of the German port of Mukran on Rügen Island, with financial ruin because of the firm's support for the Nord Stream 2 pipeline project, news outlet RBC reported on Thursday.

Cruz, Cotton and Johnson sent a letter to the port's directors Harm Sievers and Fridjof Ostenberg on Thursday intended to serve as "formal legal notice" that the company could be subject to "to crushing legal and economic sanctions" that the US government would be "mandated to impose" if it continues to aid the construction of Gazprom's pipeline.

"If you continue providing goods, services, and support for the Nord Stream 2 project [...] you would destroy the future financial viability of your company," it concludes.

The port of Mukran on Rügen Island is an important logistical point for the construction of the pipeline, according to a report by Handelsblatt. The port stores pipes needed for the project and serves as a home for two ships essential to its completion – pipe-laying vessel Akademik Chersky and the self-propelled Fortuna barge.

The letter says the port's provisioning of the Fortuna or Akademik Cherskiy will become sanctionable "the instant that either vessel dips a pipe into the water to construct the Nord Stream 2 pipeline, or engages in any pipe‐laying activity relevant to the project."

Gazprom's Nord Stream 2 AG, which runs the project, told RBC that the letter served to illustrate the United States' disregard of the interests of European consumers.

"We are aware of a letter from three US senators to Fährhafen Sassnitz GmbH... The efforts to prevent this important project demonstrate a clear disregard for the interests of European individual and industrial consumers, who will have to overpay billions [of euros] for gas if the pipeline is not built, as well as disregard for the right of the European Union to determine its own energy future. Decisions on the European Union's energy policy must be taken by European countries," the company's press office said.

Nord Stream 2 will double the capacity of an existing pipeline to Germany to 110 billion cubic meters of gas per year – enough to supply 26 million households – circumventing US ally Ukraine, depriving it of billions of dollars in transit fees, and giving Russia strategically important influence and political leverage over energy supplies to Europe.

Poland's anti-monopoly watchdog recently fined Gazprom $57 million for for failing to cooperate in its investigation of Nord Stream 2, with the company potentially facing heavier fines for violating the country's competition laws.

Supporters of the project, such as Germany, say the pipeline will provide essential resources to the EU's member states. Germany has threatened retaliatory action if US sanctions bring the pipeline's construction to a halt.

The pipeline was originally scheduled to start delivering gas from Russia to Western Europe toward the end of 2019, but work came to a standstill as Swiss-based pipe-laying company Allseas withdrew from the project following the imposition of a US sanctions law.

The project was further delayed by Denmark, which only recently authorized the use of Russian ships able to lay the final part of the pipeline. The US threatened to impose new sanctions on all companies involved in the project in mid-July.

Over 90% of the pipeline's construction has been completed, with experts estimating that Gazprom will require at least 3-4 months to finish the project.