The site uses cookies and other technologies to help you navigate, as well as provide the best user experience, analyze the use of our products and services, and improve the quality of advertising and marketing activities.
Accept
RTVI
News
14:06
Volodymyr Zelensky offers Georgian ex-president Saakashvili deputy PM seat
Share: 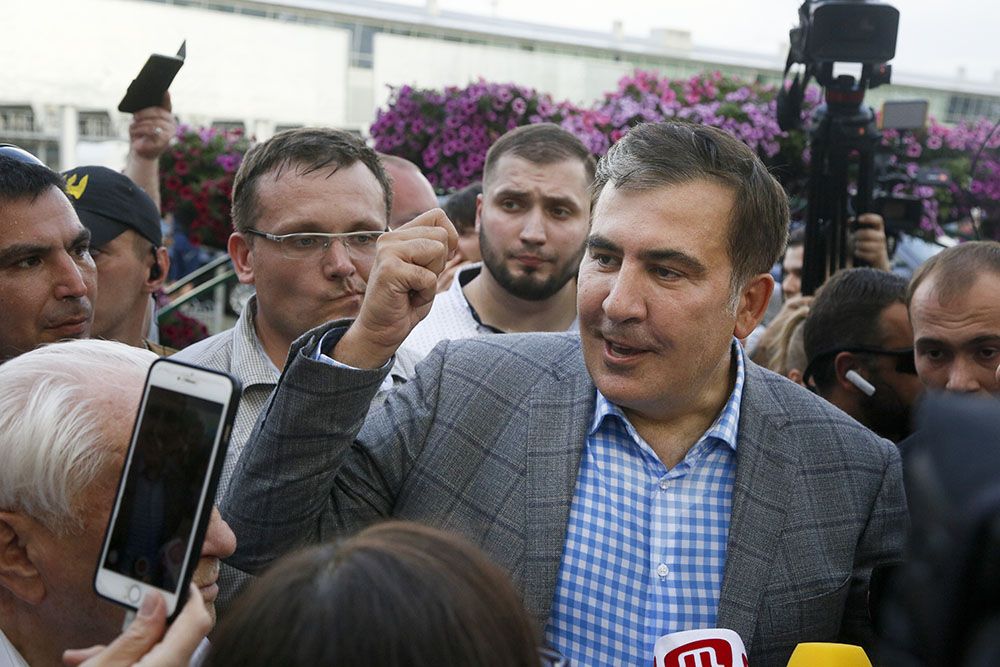 Ukrainian President Volodymyr Zelensky has offered former Georgian leader Mikheil Saakashvili the seat of deputy prime minister in charge of reforms, according to a report by the Novoe Vremya news website citing sources in Zelensky's party.

Spokespeople for Saakashvili and Servant of the People both confirmed that the post is currently being discussed. Saakashvili will present his program to Ukrainian MPs on April 24.

According to Servant of the People deputy head Evgeniya Kravchuk, the party will convene before an extraordinary meeting of the Verkhovna Rada on Friday, and a vote on Saakashvili's nomination may take place on the same day.

"I am honored to receive President Zelensky's proposal to become Deputy Prime Minister for Reforms," Saakashvili wrote in a Facebook post. "I had a very informative and useful conversation with Prime Minister Shmygal, during which we discussed all the issues related to my possible work in the government".

Mikheil Saakashvili served as President of Georgia from 2004 to 2013. The politician left the country in 2013 after being barred from seeking a third presidential term. In January 2018, the Tbilisi City Court sentenced Saakashvili to six years in prison in absentia for the abuse of power in trying to cover up evidence related to the 2005 beating of opposition lawmaker Valery Gelashvili.

Saakashvili supported Ukraine's Euromaidan movement, was granted Ukrainian citizenship and became governor of the Odessa region in May 2015, a post that he resigned in November 2016, complaining of rampant corruption. The politician was stripped of his Ukrainian citizenship in July 2017. While the "incorrect provision of personal information" was cited as the official reason, Saakashvili said that he was deprived of his citizenship due to his political views and accusations of corruption from then-president Petro Poroshenko.