The site uses cookies and other technologies to help you navigate, as well as provide the best user experience, analyze the use of our products and services, and improve the quality of advertising and marketing activities.
Accept
RTVI
Opinions
18:28
Andrey Movchan: Classes of people in Russia have always profited from disasters
Share:

Andrey Movchan: Classes of people in Russia have always profited from disasters 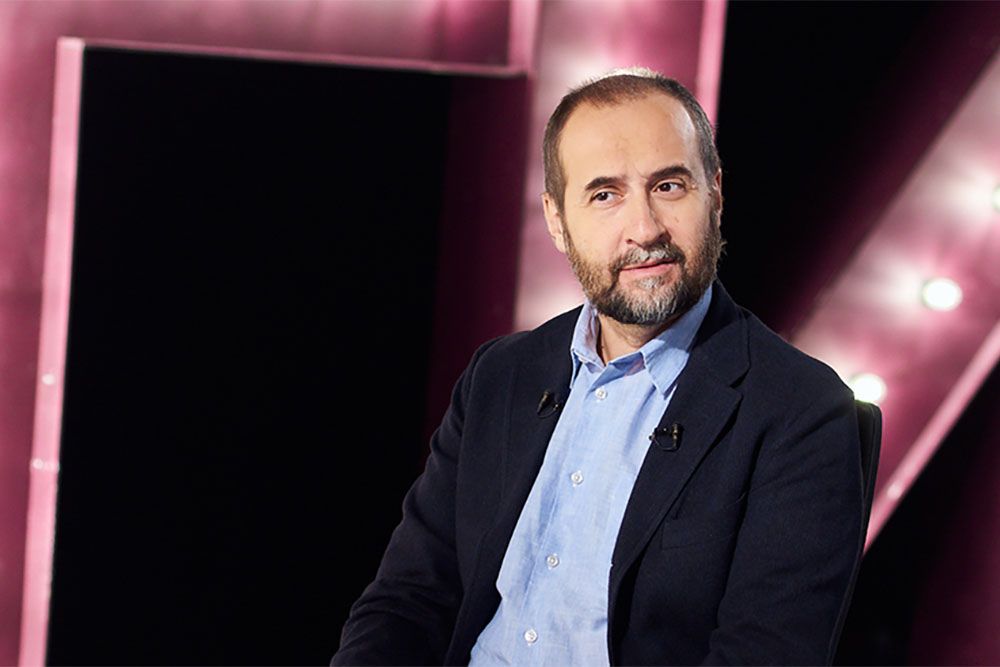 Russian authorities are starting to roll out financial support for businesses hardest hit by the COVID-19 pandemic - President Putin announced the latest slew of measures in his fourth coronavirus address on April 15. Economist Andrey Movchan joined Marianna Minsker and Yan Melkumov in last week's edition of Hang In There to discuss the effect of the quarantine on Russia's economy and the state's economic support program.

President Putin declared the entire month of April a “paid non-working holiday’ - a month-long standstill will clearly be a disaster for many companies. Where can businesses get funds to pay salaries and rent, if none of them have a safety net, especially in the service sector? Why shouldn't the state pay at least two-thirds of their salaries?

Businesses, of course, won’t suddenly start money finding that they don’t have - that’s a pointless discussion. It’s clear that business owners in Russia are already very scared by the abolition of "limited liability" and the general attitude of the state, so they will quickly close down and start firing people. It’s impossible to prohibit the firing of people if it’s done legally. Unfortunately, this crisis will see a lot more layoffs than will be necessary.

Many businesses that could’ve easily kept people on will have to close down, and nobody knows when if and when they'll restart. Companies will now have to rebuild by working part-time and paying people part-time. This will naturally trigger a wave of quasi-corruption cases, when law enforcers will ask businesses for bribes in exchange for not being fined or criminally prosecuted.

There are always classes of people in Russia who make large profits from misfortunes. The pandemic won’t be an exception. It’ll destroy the fabric of small and medium-sized businesses, but I believe that the Kremlin simply doesn't deem that important.

Around 17% of our GDP is produced by small and medium-sized businesses, half of which will shut down, so we'll lose 8% of GDP. We could possibly catch up with those percentages if those businesses are taken over by major players. SMEs are active in a lot of interesting markets that can be consolidated - some well-known faces can very well step in and buy them out.

An 8% change in GDP can only otherwise be brought about by a spike in the price of oil. I think the Kremlin simply doesn't see that as too big of a problem. Authorities don't want to spend extra money because they're used to spending it in one of two ways - for generating public loyalty and on contracts for those who should profit from them. Neither of these things are on the table at the moment, so the state doesn't deem it necessary to inject funds into the economy.

Large businesses will be selectively funded, depending on who their beneficiaries are. Enterprises that struggle will be engulfed by those that do receive support. All of this will contribute to a structure that the government has been building for many years - a sort of socialism with a human face, in which all the country’s cash flows and businesses are controlled by people appointed by the authorities.

You said that businesses should prepare for six months of quarantine - how many weeks will it take for the retail sector to fold completely?

Unfortunately, I don’t have those numbers, and I don't even know how to calculate them. Different industries work in different ways, and every sector has reliable and unreliable businesses. I’ll give you an example: if a beauty salon is owned by the wife of the managing director of a state bank, then that salon will do just fine, even if the quarantine lasts a year. Now if that salon is owned by someone self-made, someone that built it up using their own credit, then they’ll have to close it down very quickly and go bankrupt. The same goes for other companies. We’ll start to see a very big shift towards the ‘elite’ that we often talk about - those who enjoy the trust of the state.

Some banks are ready to issue interest-free loans to businesses to pay out wages for six months with repayment of all debts by the end of the term - in October. Who will be able to repay such loans, besides drug dealers?


No one will also be able to repay anything in October. A horizon of 2 to 3 years is more probable, maybe even 10 years - we’re seeing similar loans in developed countries at the moment. 3-5 year loans for the payment of salaries without interest will be practically meaningless, as businesses’ sustained losses will be very high.

The burden should be shared equally between companies, their employees, and the state. Salaries should be reduced by 2-3 times, and most of them should be paid out using loans, so that enterprises will be allowed to repay those loans [to the government] instead of taxes once the crisis is over.

Benefits should be offered to companies that are able to retain their workers and save their businesses for the future, compared to those who choose to shut down and reopen at a later date.

What other measures of economic support should the state offer?

Two basic measures should be enough - businesses should be supported in the way I just described, and funds should also be offered to those who have lost their jobs. The government’s doing alright with that, especially in Moscow, where the sums are bigger. The economic support program should also be simplified by online applications, payments on demand, and the issuance of the "long" interest-free loans I mentioned earlier - if people need them.

The state should also temporarily intervene in the economy and place large government order goods that were previously private and commercial - housing and utilities, for instance. The non-payment of utility bills will go through the roof in the coming weeks. It would make sense to defer housing and communal services payments for the majority of the population, or even the whole population. The state should finance the housing and utility sector - for the duration of this year, for example - we will then be able to charge those fees to people in two or three years’ time. We will never get those funds back otherwise.

Take medical masks, too - the state should’ve ordered a billion masks and handed them out to pharmacies to sell. Instead, the government decided to follow the crazy Soviet tradition of capping the markup. As a result, there are no masks in any pharmacies, and there likely won’t be any. That makes perfect sense, because no one is willing to sell at the markup offered by the state.

It would be worth making a large state order for some goods now, even at a loss, perhaps - with subsequent compensation.

Logistics have also largely moved online - the state could help out Internet operators by giving them extra frequencies and network capacities. People can also work in delivery for the time being, or the government may partly compensate businesses part of the cost of hiring couriers. Large government orders could be made for medical equipment - the list goes on.