The site uses cookies and other technologies to help you navigate, as well as provide the best user experience, analyze the use of our products and services, and improve the quality of advertising and marketing activities.
Accept
RTVI
Stories
23:25
Coronavirus in Russia: May 19
Share:

Coronavirus in Russia: May 19 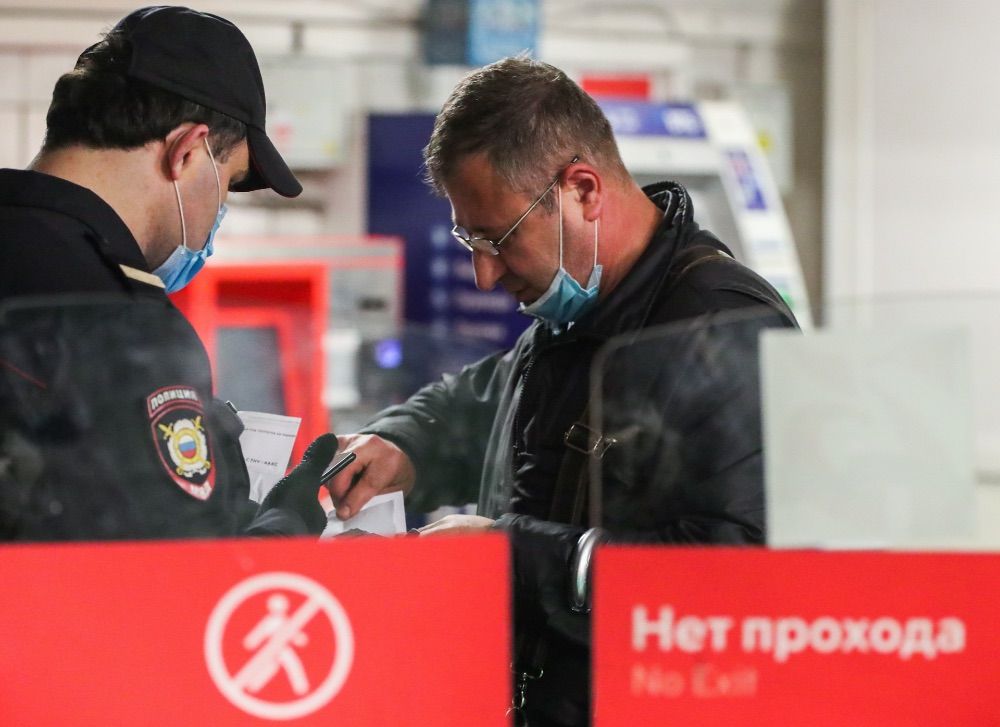 As of today there are close to 300,000 cases of COVID-19 in Russia – it is the world's 2nd most-affected country in terms of total confirmed coronavirus infections. Russia's six-week 'paid non-working period' ended on May 12, following an announcement from Vladimir Putin. The extension and easing of quarantine measures are now in the hands of Russia's regional governors. Here's what you need to know about the coronavirus in Russia on May 19.

Updates for May 18 are available here.

– Authorities in St. Petersburg have confirmed to local news outlet Fontanka that a ban on attending funeral services has been instated.

– State services centers in Moscow will restart work on May 25, Mayor Sergey Sobyanin announced on Tuesday.

– Russia's Investigative Committee has opened its first criminal case linked to the non-payment of bonuses to doctors working on Russia's coronavirus frontlines. The investigation was triggered by a video message posted by a group of doctors in the city of Armavir – the group had compained that they had not received the payouts, which had been previously promised by President Vladimir Putin.

– The US will deliver its first shipment of 50 ventilators to Russia on May 20, state-run news agency TASS reported on Tuesday. A second batch of 150 ventilators will be ready by May 26. Both shipments will be delivered on military aircraft.

– Holiday camps for children in Russia's regions may restart work from July 1, according to a statement from Russia's Ministry of Education.

– St. Petersburg's chief medical officer Natalia Bashetova has banned residents from attending wakes and funerals, regardless of the cause of death, local news outlet Fontanka reported on Tuesday.

– Governor Evgeny Kuivashev has extended the Sverdlovsk region's lockdown due to a COVID-19 outbreak at Krasnoe & Beloe, a chain of liquor stores. State and municipal hospitals, private clinics and cosmetology centers will begin admitting new patients on May 19. Barber shops and hair salons in the region have already restarted work, and residents have been allowed to exercise outside provided they wear masks and comply with social distancing measures. Malls, restaurants and cafes will remain shut.

– The Russian government has allowed working pensioners to remain on sick leave until May 29. The measure will apply to people over 65 years of age that are not working remotely and have not taken a vacation.

– Russia's federal air transport agency Rosaviatsiya approved a 7.89 billion subsidy to Aeroflot Group to partially compensate the company's expenses due to low demand and passenger traffic amid the pandemic. The subsidy will be allocated to three airlines: Aeroflot, Rossiya and Aurora.

– Authorities in the Saratov region have reinstated a lockdown amid an increase in COVID-19 cases. Outdoor sports and walks in groups of two were previously allowed, as the regional government eased coronavirus restrictions.

– 71 coronavirus patients died in Moscow over the past 24 hours. The virus has claimed the lives of 1,651 people in Moscow since the start of the pandemic, according to local authorities.

Russia's six-week 'non-working period' ended on May 12, following an announcement by President Vladimir Putin. It is now up to Russia's regional governors to extend or relax quarantine measures across the country.

A number of areas began easing restrictions on the day of Putin's announcement. Self-isolation is no longer mandatory in the Murmansk region – it will only apply to elderly residents aged 65 and over going forward. A ban on visiting parks and playgrounds was lifted in the Orel region, while authorities in Tatarstan and Bashkortostan have abolished travel permits. Museums and parks in the Republic of Udmurtia reopened to the public on May 14.

Moscow and the Moscow region are Russia's most-affected areas, accounting for more than half of total confirmed COVID-19 cases. Both regions extended their lockdowns until May 31, and legislated the mandatory wearing of masks and protective gloves in public places from May 12.