The site uses cookies and other technologies to help you navigate, as well as provide the best user experience, analyze the use of our products and services, and improve the quality of advertising and marketing activities.
Accept
RTVI
Stories
13:20
Global coronavirus pandemic: updates
Share: 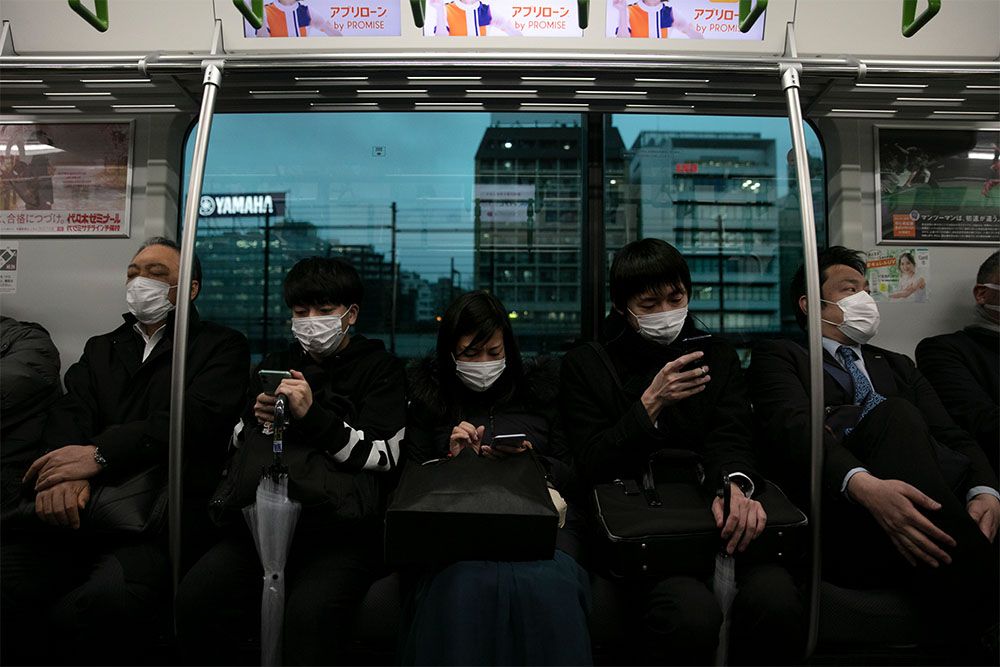 The SARS-CoV-2 pandemic has affected hundreds of countries around the world. Governments, international institutions and businesses are enacting strict measures to contain the spread of the infection, with economies and societies bearing the impact of quarantines, travel restrictions, business closures, and other emergency measures. Rolling updates on the COVID-19 crisis will be available below.

March 30: Georgia declares quarantine and curfew from 9 pm to 6 am. The Georgian military has been called in to enforce the measures - checkpoints and roadblocks will be installed throughout Tbilisi and other major cities. The quarantine will begin at 8 am on March 31.

March 30: The number of coronavirus cases in Spain exceeds 85,000, surpassing China. Over the past 24 hours, the number of infected people in Iran reached 3,186 people. There are currently over 41,5 thousand reported cases of infection in the country.

March 30: China cuts repo rate by 20 basis points - to 2.20% from 2.40% - to relieve pressure on an economy ravaged by the coronavirus. The People's Bank of China also injected 50 billion yuan ($7 billion) in 7-day reverse repos, after a month of no fresh fund injections. The country has so far reported 3,304 deaths from 81,470 infections.

March 30: US President Donald Trump extends federal coronavirus guidelines until 30 April, saying that the highest point of the death rate is likely to hit in two weeks.

March 30: The Jack Ma and Alibaba Foundations will donate additional equipment - 800 ventilators, 300,000 sets of protective gowns and 300,000 face masks - to hospitals in Europe.

March 29: According to a spokesperson for the Chinese National Health Commission, "local transmission of COVID-19 has been basically blocked", as existing domestic cases have dropped below 3,000. A new round of the novel coronavirus disease outbreak is possible in China as imported cases have kept rising.

March 29: Worldwide deaths from coronavirus exceed 30,000, while the total number of infections passes 665,000.

March 29: Number of UK deaths from coronavirus jump by 260 overnight, rising above 1,000. All of the patients had underlying health conditions except 13 people, who were aged 63 and over. There are now over 17,000 cases in the UK.

March 28: Spain reports 832 fatalities from the coronavirus, along with 8189 new infections. The new figures bring the country's fatalities total up to 5694, while total infections now exceed 72,000. Over the course of the past several days, Spanish authorities brought a total of 1,2 million new face masks into the country, and sent military planes to China to collect urgent supplies of COVID-19 test kits and medical equipment.

March 26: European Parliament approves three proposals in response to the COVID-19 outbreak. These include a €37 billion support package that will be channeled towards 'healthcare systems, SMEs, labour markets and other cunerable parts of EU member states' economies', as well as an extension of the EU Solidarity fund that will make up to €800 million available for European countries to cover public health emergencies. EU rules on airport slots have also been temporarily suspended, stopping airlines from operating empty flights during the pandemic.

March 26: The United States surpass China and Italy in confirmed COVID-19 cases. According to John Hopkins University's Coronavirus Resource Center, there are now 82,404 cases of infection in the US.

March 26: China to temporarily ban entry to foreigners with visas and residence permits from March 28. Chinese authorities have also suspended visa-free transit and entry to a number of cities and provinces.

March 26: Armenia and Kazakhstan report first deaths related to coronavirus. As of Thursday, 209 active cases have been registered in Armenia and 109 in Kazakhstan.

March 26: Russia confirmed 182 new coronavirus infections on Thursday morning - the largest one-day increase in cases so far, bringing the country’s official case total up to 840. The overwhelming majority of new infections - 136 cases - were registered in Moscow.


March 26: All restaurants, cafes, restaurants and non-essential stores in Moscow will be shut down from March 28 to April 5, as per an official decree from Mayor Sergey Sobyanin.

March 25: The twin-island federation of St. Kitts and Nevis confirmed its first two cases of coronavirus. According to a press release put out by the country’s Minister of Health, a 21-year old man and a 57-year-old woman tested positive for the disease after returning from the United States.

March 25: Singaporean scientists devise rapid coronavirus test that gives results in ‘five to ten minutes’. The test will be available to hospitals and general practitioner clinics pending approval in a month's time.

The coronavirus 2019 (COVID-19) pandemic, a mass disease caused by severe acute coronavirus 2 (SARS-CoV-2), originated in the Chinese city of Wuhan, the capital of Hubei province, in December 2019. Wuhan officials first reported a cluster of pneumonia cases of unknown origin to the China National Health Commission on December 30, 2019. In early March, a study by Chinese scientists found that the virus had divided into two types, designated L and S, with the former being more aggressive and more likely to spread quickly.

The coronavirus outbreak was officially recognized as a pandemic by the World Health Organization on March 11, 2020. As of 9.05 GMT on March 26, more than 472,000 COVID-19 cases have been registered in over 190 countries, resulting in more than 21,000 deaths and more than 114,000 recoveries. China, Italy, the United States, Spain, Germany and Iran have become major centers of the virus.

The spread of the infection has led to a drop in oil prices, industrial indices, and led to collapses on global stock markets. Many companies have imposed mandatory work-from-home policies, while governments have restricted movement across national territories and imposed mandatory quarantines. The US Federal Reserve (FRS) has stated that the US economy will face “severe disruptions” as a result of the COVID-19 crisis, and that it will use its full range of authorities to support American families and businesses – near-zero interest rates, quantitative easing, direct lending to banks and major corporate employers, as well as multiple other measures. An increasing number of institutions and corporations have pledged financial and medical aid to countries hardest affected by the crisis.

The pandemic has also led to global socioeconomic disruption, the postponement of cultural, educational, sporting, and religious events, and spurred fears about food and domestic supply shortages, which have led to panic buying. Schools and universities have closed either on a nationwide or local basis in over 124 countries, affecting more than 1.2 billion students. Major international sports competitions such as the 2020 Tokyo Olympics and the UEFA Euro 2020, have been postponed until 2021.

The first two COVID-19 cases in Russia were confirmed on January 31 – both infections had been contracted by Chinese nationals who have since recovered. On March 2, the first case of coronavirus in Moscow was confirmed – a young man who had contracted the disease in Italy returned to Russia and was hospitalised on February 27. Russian authorities have implemented multiple measures to curb the spread of COVID-19 – quarantines, travel restrictions for both foreign and Russian citizens, as well as the closure of schools, universities, libraries, night clubs and various other public venues.