The site uses cookies and other technologies to help you navigate, as well as provide the best user experience, analyze the use of our products and services, and improve the quality of advertising and marketing activities.
Accept
RTVI
Stories
20:46
Coronavirus worldwide: April 7
Share: 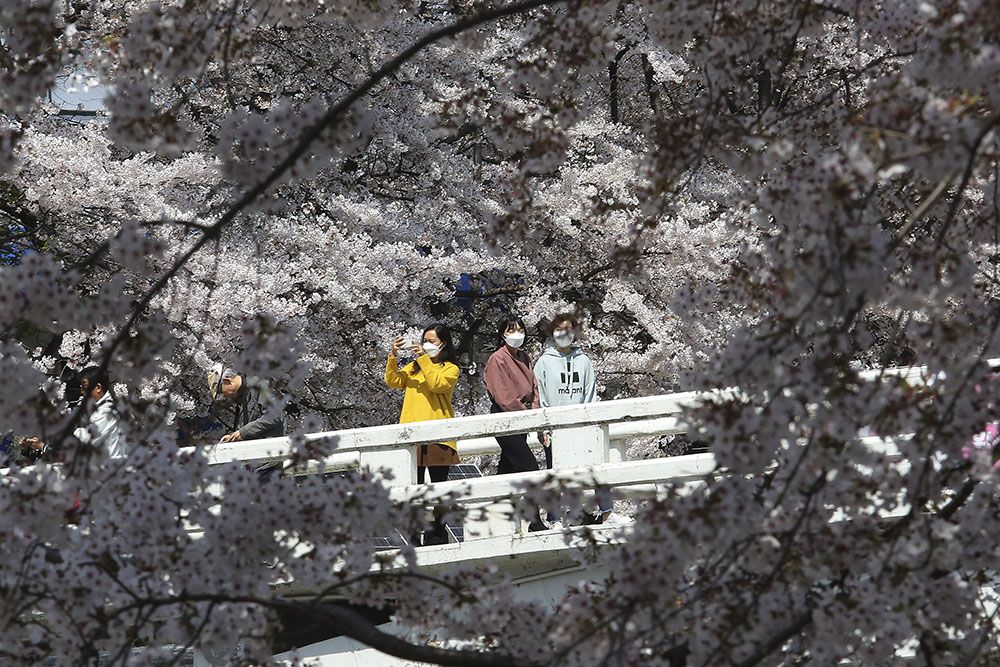 The ongoing COVID-19 pandemic, caused by the novel SARS-CoV-2 virus, has affected almost every country on the planet and infected over a million people. Multiple states have shut their borders and imposed mandatory quarantines on their citizens. International events are being cancelled or postponed, while the global economy is entering what looks to be a devastating recession. Here's what you need to know about the global COVID-19 crisis on April 7.

– Lufthansa will ground all Germanwings flights as part of a broader overhaul. Germanwings previously announced that it would be cancelling 90% of its flights.

– YouTube has banned all conspiracy theory videos falsely linking coronavirus symptoms to 5G networks, according to a BBC report. The move comes following a live-streamed interview with conspiracy theorist David Icke on Monday, in which he had linked the technology to the pandemic.

– The partially recognized state of Abkhazia will close its border with Russia from April 8 to April 20, according to a statement on Abkhazian president Vitaly Bangba's website.

– Armenia has closed its borders to foreign citizens, according to a statement issued by the Armenian Ministry of Foreign Affairs.

– 94 doctors and 26 nurses in Italy have fallen victim to the coronavirus, according to a report by Il Messagero. More than 12,000 Italian medical workers have tested positive for the virus so far. Italy's COVID-19 infections total currently exceeds 132,000, with over 16,500 fatalities.

– WhatsApp has introduced a new limit on the forwarding of viral messages. Starting today, messages that have been identified as “highly forwarded” - sent through a chain of five or more people - can only be forwarded to a single person.

– Saudi Arabia imposed a 24-hour curfew in Riyadh and a number of other cities on Monday as a precautionary measure against the spread of the coronavirus. The cities affected by the curfew are Tabuk, Dammam, Dhahran, Al-Hofuf, Jeddah, Taif, Al-Qatif and Al-Khobar. Residents are now allowed to leave their houses only for essential needs.

– Japanese authorities have declared a state of emergency in Tokyo, Osaka and five other districts in an effort to curb the spread of the new coronavirus. The declaration authorizes the governors in the seven prefectures to request that residents stay home except for essential tasks, such as grocery shopping and seeking medical care. There are close to 4,000 cases of COVID-19 in Japan, 92 of which have resulted in fatalities.

– China reported zero daily deaths from COVID-19 for the first time since January. The Chinese National Health Commission said that it had confirmed 32 new cases, down from 39 on Monday. All of the reported new cases had arrived from overseas. China has reported over 82,700 cases with over 3,300 deaths and over 77,400 recoveries.

– Toyota announced plans to produce between 500 and 600 medical "face shields" a week to help medical workers battle the COVID-19 pandemic, amid a slew of other measures aimed at aiding the frontlines of the medical sector.

The coronavirus 2019 (COVID-19) pandemic, a mass disease caused by severe acute coronavirus 2 (SARS-CoV-2), originated in the Chinese city of Wuhan, the capital of Hubei province, in December 2019. Wuhan officials first reported a cluster of pneumonia cases of unknown origin to the China National Health Commission on December 30, 2019. In early March, a study by Chinese scientists found that the virus had divided into two types, designated L and S, with the former being more aggressive and more likely to spread quickly.

The coronavirus outbreak was officially recognized as a pandemic by the World Health Organization on March 11, 2020. The United States, Italy, Spain, China, Germany, France and Iran have become major centers of the virus.

The spread of the infection has led to a drop in oil prices, industrial indices, and led to collapses on global stock markets. Many companies have imposed mandatory work-from-home policies, while governments have restricted movement across national territories and imposed mandatory quarantines. An increasing number of institutions and corporations have pledged financial and medical aid to countries hardest affected by the crisis.

The pandemic has also led to global socioeconomic disruption, the postponement of cultural, educational, sporting, and religious events, and spurred fears about food and domestic supply shortages, which have led to panic buying. Schools and universities have closed either on a nationwide or local basis in over 160 countries, affecting more than 1.5 billion students. Major international sports competitions such as the 2020 Tokyo Olympics and the UEFA Euro 2020, have been postponed until 2021.