The site uses cookies and other technologies to help you navigate, as well as provide the best user experience, analyze the use of our products and services, and improve the quality of advertising and marketing activities.
Accept
RTVI
Stories
21:33
Coronavirus worldwide: May 20
Share: 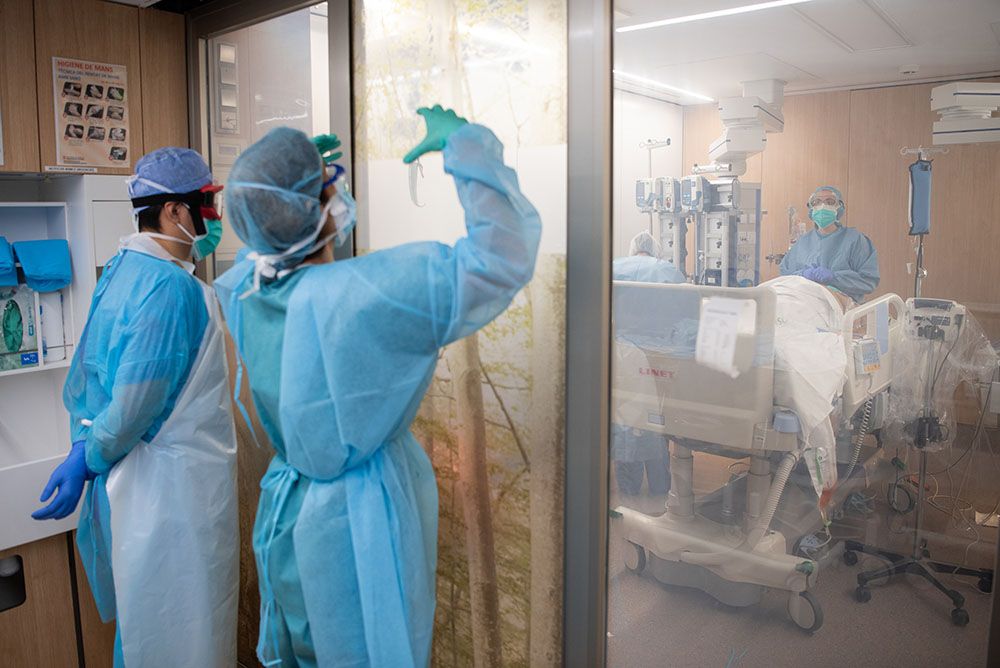 The ongoing COVID-19 pandemic, caused by the new SARS-CoV-2 virus, has affected almost every country on the planet and infected over 4.94 million people. The virus has claimed the lives of over 324,000 patients. Multiple states have imposed mandatory quarantines on their citizens, although nationwide lockdowns are now being relaxed, as several countries have handled the first wave of the infection. Here's what you need to know about the global COVID-19 crisis on May 20.

Updates for May 19 are available here.

– Ukraine's ministerial cabinet has announced that the country will gradually lift its lockdown in five stages from May 22 to June 22 – a process it has labelled the 'adaptive quarantine.'

– The Academy of Motion Picture Arts and Sciences is considering postponing the 2021 Oscars ceremony, Variety reported on Tuesday. The ceremony is scheduled for February 21, 2021, and will "likely" be postponed, according to sources familiar with the matter.

– Singapore plans to gradually lift its quarantine in early June – hairdressers and barbers will be allowed to restart work on June 1, along with schools, school bookshops, home-based businesses with delivery and collection, and grooming, and physiotherapy. Senior citizens are to remain at home 'as much as possible', while commuters on public transport will be still be required to wear masks and refrain from talking to one another or on their mobile phones.

– Cyprus will be ready to reopen to tourists from June 15, the Cyprus Mail reported on Tuesday citing Andreas Kyprianou, Chairman of the country's House Commerce Committee. Cyprus hopes to recoup around 30% of last year’s arrival numbers. Around 4 million tourists visited the country in 2019, with total revenue estimated at around €2.6 billion ($2.85 billion).

– US President Donald Trump said on Tuesday that he is considering imposing a ban on travel from Brazil, which recently became the world's third-most affected country in terms of total confirmed COVID-19 infections.

The coronavirus 2019 (COVID-19) pandemic, a mass disease caused by severe acute coronavirus 2 (SARS-CoV-2), originated in the Chinese city of Wuhan, the capital of Hubei province, in December 2019. Wuhan officials first reported a cluster of pneumonia cases of unknown origin to the China National Health Commission on December 30, 2019.

The coronavirus outbreak was officially recognized as a pandemic by the World Health Organization on March 11, 2020. The United States, Italy, the UK, Spain, Germany, France, Turkey and Russia have become major centers of the virus.

The spread of the infection has led to a drop in oil prices, industrial indices, and led to collapses on global stock markets. Many companies have imposed mandatory work-from-home policies, while governments have restricted movement across national territories and imposed mandatory quarantines. An increasing number of institutions and corporations have pledged financial and medical aid to countries hardest affected by the crisis. JPMorgan forecasts that the pandemic could cost the world as as much as $5.5 trillion in lost output.

Schools and universities have closed either on a nationwide or local basis in over 160 countries, affecting more than 1.5 billion students. Major international sports competitions such as the 2020 Tokyo Olympics and UEFA Euro 2020, have been postponed until 2021.