The site uses cookies and other technologies to help you navigate, as well as provide the best user experience, analyze the use of our products and services, and improve the quality of advertising and marketing activities.
Accept
RTVI
Stories
16:28
Poachers in Kenya slaughter two rare white giraffes
Share: 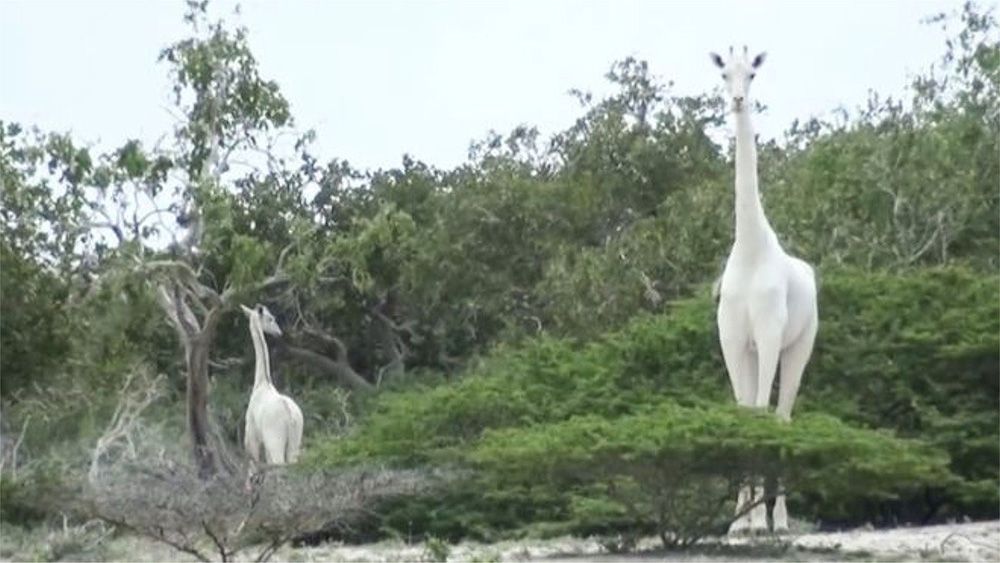 Two rare white giraffes — female Omo and one of her cubs — were killed by Kenyan poachers. Now, according to scientists, only one giraffe of this color remained alive. Why these animals are unique and why poachers in Africa pose such a threat — read in the RTVI material.

“Unfortunately, all giraffes, not just white ones like Omo, are threatened by poaching. Fortunately, Omo lives in a national park where she has the highest chance of survival”, wrote Derek Lee, a leading scientist of the U.S. Wildlife Institute, in 2016, when a white giraffe was spotted again in Tarangire National Park in Tanzania.

The female was named Omo after the popular brand of washing powder. For the first time, she got into the camera lens in 2015, then scientists explained her unusual color - this is a consequence of a rare mutation called leucism.

Albinos including humans and animals have no coloring pigment named melanin, due to which the irises of the eyes remain transparent; and leucism affects only the color of the skin, wool, feathers, scale or hair.

The family of white giraffes became famous in 2017, when their photos and videos appeared in many publications. Then the Omo family was photographed by a shepherd from a Kenyan village near the national park.

According to Lee, white giraffes are extremely rare: over the past 20 years, only two have been seen in Tarangire. The third, Omo's cub, was born in August 2019 - he was seven months old. The last time Omo and the cub were seen more than three months ago.

The skeletons of the killed giraffes were found by local residents on the territory of the Ishakbini Hirol reserve. “Their killings are a blow to the incredible efforts that are being made here to preserve rare and unique animals”, said Mohammed Ahmednoor, the head of the protected area.

Only one white male giraffe survived and it is practically nothing known about it. According to scientists, this is the last known carrier of a rare mutation.

Poaching in Kenya, as in many other African countries, is punishable by fines or prison sentences. Despite this, the giraffe population on the continent is rapidly declining: According to the African Wildlife Foundation, over the past 30 years number of these animals have decreased by 40%.