The site uses cookies and other technologies to help you navigate, as well as provide the best user experience, analyze the use of our products and services, and improve the quality of advertising and marketing activities.
Accept
RTVI
Stories
22:51
Russia's constitutional reform vote: Day 1
Share: 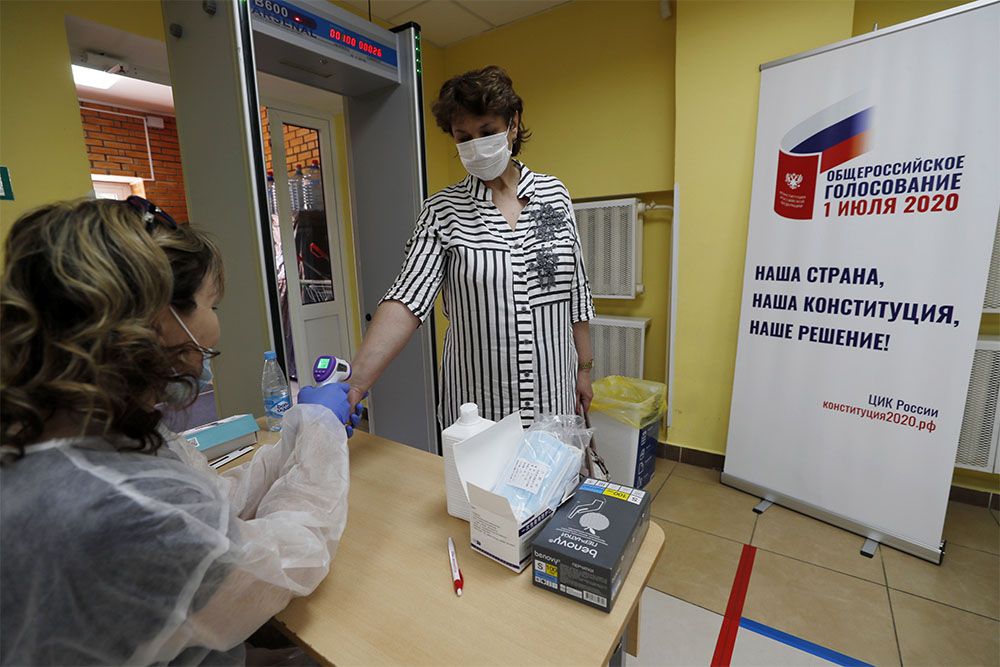 The early voting phase of Russia's constitutional plebiscite began on June 25. Polling stations will remain open for an entire week in the run-up to the main voting day on July 1, as the country continues to grapple with the coronavirus epidemic. Here's what happened across Russia on the first day of the vote.

Russians began casting ballots on Thursday morning in a vote on constitutional reforms that could see Vladimir Putin's rule extended by another 12 years. The plebiscite will run for a week as authorities aim to avoid crowds on the main designated voting day, July 1, as the country continues to fight the coronavirus epidemic, with over 7,000 confirmed cases reported daily. Over 230,000 cases remain active.

The vote, originally scheduled for April 22, was rescheduled due to the pandemic.

If the majority of Russians vote in favour of the amendments, Vladimir Putin's presidential term clock will be reset, allowing him to get re-elected in both 2024 and 2030. Other amendments cement Russia as the legal successor to the Soviet Union, outline the Russian people as a “state-forming” ethnic group, and describe marriage as an explicitly heterosexual union.