The site uses cookies and other technologies to help you navigate, as well as provide the best user experience, analyze the use of our products and services, and improve the quality of advertising and marketing activities.
Accept
RTVI
Stories
21:28
'People don't trust the quarantine': Five Russians give their take on the country's regional lockdowns
Share:

'People don't trust the quarantine': Five Russians give their take on the country's regional lockdowns 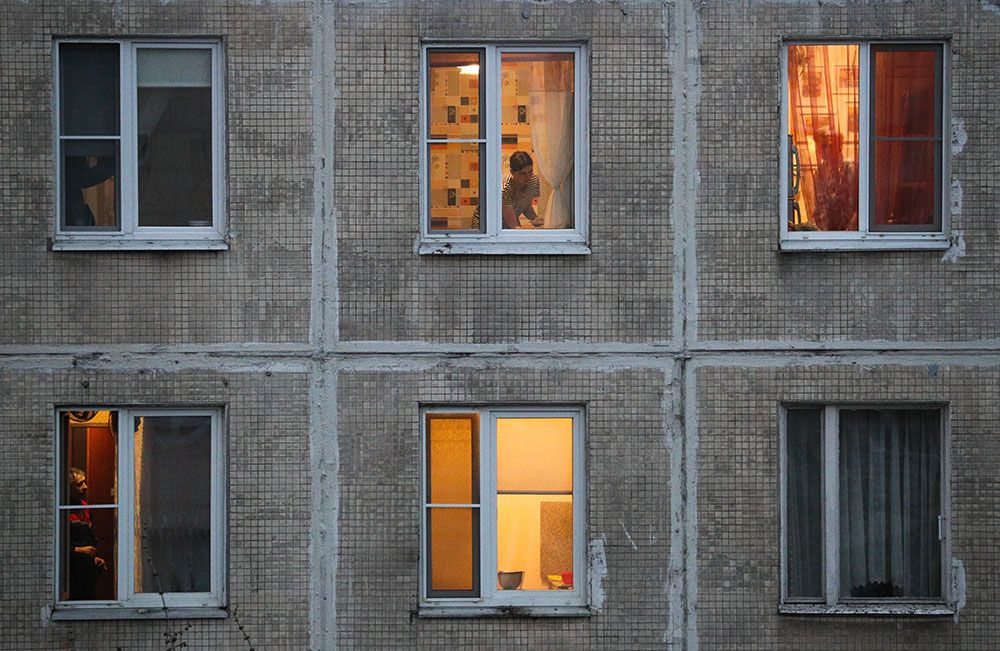 The spread of the coronavirus in Russia appears to be slowing – the country hasn't posted over 10,000 new COVID-19 cases in the past six days, while the number of recoveries nationwide is nearing 100,000. Russia's regional governors began gradually rolling back lockdowns across the country following the end of the six-week 'non-working period' on May 12. RTVI asked people in five Russian regions about the effect of the quarantine on their lives and localities.

The only real sense of self-isolation [I had] was in early April.

When the holidays were announced at the end of March [President Vladimir Putin announced a 'non-working' period on March 25 – Ed.], there were massive lines in shops, people with shopping carts.

The price of lemons and ginger rose shot up – they hadn't really been in high demand before, and prices went up several times. People really stayed at home until April 7. On April 7, there was an announcement that employees in the housing and utilities sector, management companies and public services could go back to work. That's more than half the jobs in the [Kabardino-Balkarian] Republic. Companies issued [travel] permits, but the police paid them no interest. The only thing [that mattered] was the president's decree allowing some people to go back to work. But [other] workers were almost forced to petition their company's management demanding a return to work.

I have to say that from the very beginning [people in] the republic were skeptical about all this – there was no panic, people didn't even use minimal means of protection. Demand for masks and antiseptics shot up after [Russia reported] over a thousand new infections [in a day]. And [everyone's] still wearing masks and gloves.

Grocery and communications stores have stayed open in a lot of malls throughout the city. If you go there, though, [you'll find that] a number of "chosen" clothing stores are open as well. Beauty salons too – they looked as if they were closed, but you could knock on their door and use their services. Restaurants and cafes are closed or are only offering take-out.

Restrictions were in effect during the first week of self-isolation, but then everyone started walking around: families with strollers, [people] on bicycles. [The authorities] asked no questions. The central gates to local parks were closed, there were patrols. But people came in from the side entrances and walked around – the police saw them and didn't pay attention.

There were some telling stories when the lockdown began – people tried to exercise [by running up the 1,000 steps on Kizilovka Mountain] in the morning and police patrols didn't let them through. At the same time, you could walk around town [without being stopped].

There are many people who fully comply with self-isolation and safety measures. But they're not the majority. I keep seeing children in playgrounds – there are many more of them now, because schools and kindergartens are closed.

Masks have become mandatory throughout the city, but [that rule] is only observed in public transport – conductors [usually check] and ask if people are wearing masks. That's what my friends have told me. I personally use a taxi, where 90% of drivers drive without masks. I was asked to wear it only once, and that was before they became compulsory.

Most people in shops don't wear masks, although there's usually a sheet on the front door saying that only people in masks will be let in. Larger stores with security guards don't let people in without a mask, and offer [customers] to buy one or take one for free.

People don't trust the quarantine [in Tolyatti], and think of the State Duma's measures as harmful and useless.

There are more and more people on the street, and everyone usually goes for a walk in the evenings. There was much less traffic on the roads in the first week of the lockdown – everything's back to the way it was now.

Nothing's changed in my life – I've kept on working, I have the same schedule, but the money's noticeably gone down. Everyone I've talked to seems to be having issues with work and money now. I'm not sure about the future either, as there are cuts almost everywhere.

I live with my parents, so our self-isolation was quite comfortable: we didn't lose communication, and there was always something to do at home after work. I've been working remotely all this time. At the beginning of April, my mother went back to work in an optical shop, and my father went back to work in a factory. I felt as if there were two parallel worlds: thousands of people [around the world] were dying of the coronavirus, economies were collapsing, borders were closing, and then there was me, sitting at home, writing articles and playing checkers with my parents. The perception of time is also lost, dates and months are gone – there's only yesterday, today and tomorrow. 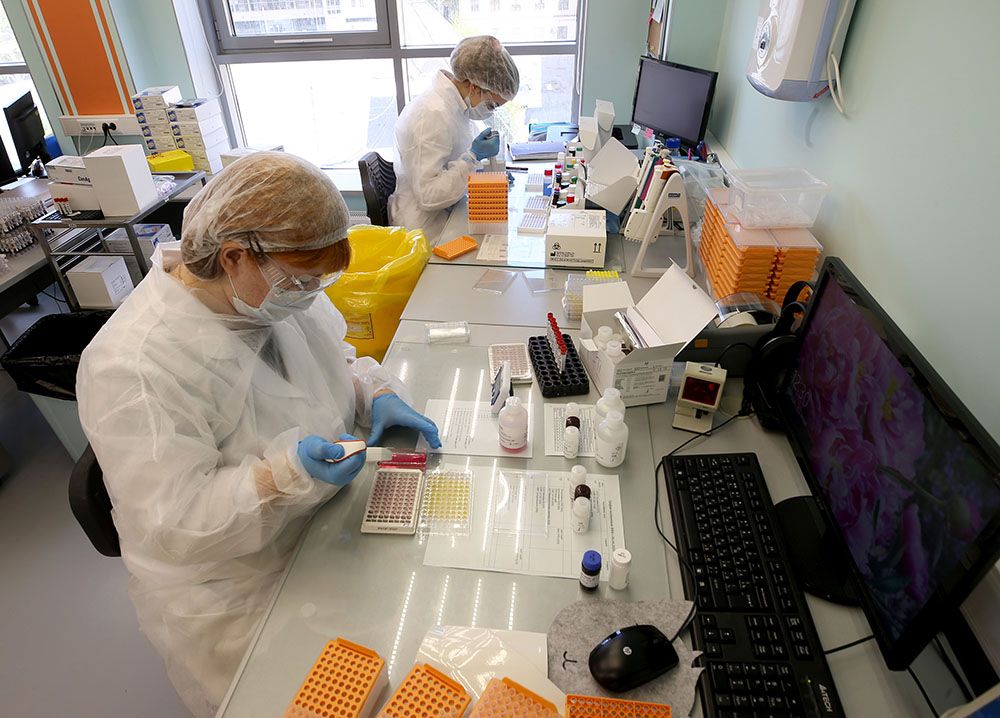 It was scary at first. Everyone followed the [disease] statistics, stocked up on masks and limited their movement. The first woman who fell ill with coronavirus – [her] neighbors were practically ready to set [her apartment] on fire. Tensions rose sharply, and then began to die down. By that time, hospitals were already equipped, and treatments had been [more or less] established – so it seemed, at least.

By early May, people in Barnaul were frankly tired of sitting at home. The weather was very warm, everything was blooming, and people started taking pictures by the apple trees in the fourth week of the lockdown. Beauty salons offered illegal manicures, haircuts, hair removal – some of them are still working. The governor didn't announce anything past May 12 [Russia's 'non-working period ended on May 12 – Ed.], and companies started going by the principle of "everything which is not forbidden is allowed."

Everybody interpreted the quarantine differently: some people were angry that they couldn't work, some people found excuses for their laziness, some quickly adjusted to the new conditions. There were even those who didn't notice any changes.

Life became harder – not because [people were] stuck at home, but because of salary cuts.

The mask requirements are practically non-existent nowadays – seeing someone wearing a mask outside is pretty rare. People have even begun sunbathing by the River Terminal.

The strictest lockdown was observed in the last week of March: traffic jams disappeared, there were no children out in the streets, and it generally seemed pretty quiet. But that didn't last long. It's as if we've gone back to our usual rhythm now – closed restaurants [around the city] are the only reminder of the quarantine.


I've been on parental leave since November 2019, so the lockdown hasn't really changed [my] life (living with a young child requires a [strict] schedule, minimal [social] contacts, and so on). On the other hand, those small liberties that brightened up my life vanished – walks in the park, a rare trip to a cafe or to the salon (my grandmother can no longer come and sit with the baby). My husband began working remotely right from the start [of the lockdown], which brightened up everyday life somewhat. It was hard for him to work in the apartment with the baby, even though he was in another room.

Judging by what my son and I saw through the window, 95% of people observed the lockdown in the first 1.5-2 weeks. We saw retired people wearing masks and gloves going to shops at a designated time. Buying masks and antiseptics became hard in mid-March, like everywhere else in Russia. I went out to the store a few times, and people were weren't wearing masks or gloves. Now that the wearing of masks is compulsory, most can be seen wearing them in public. 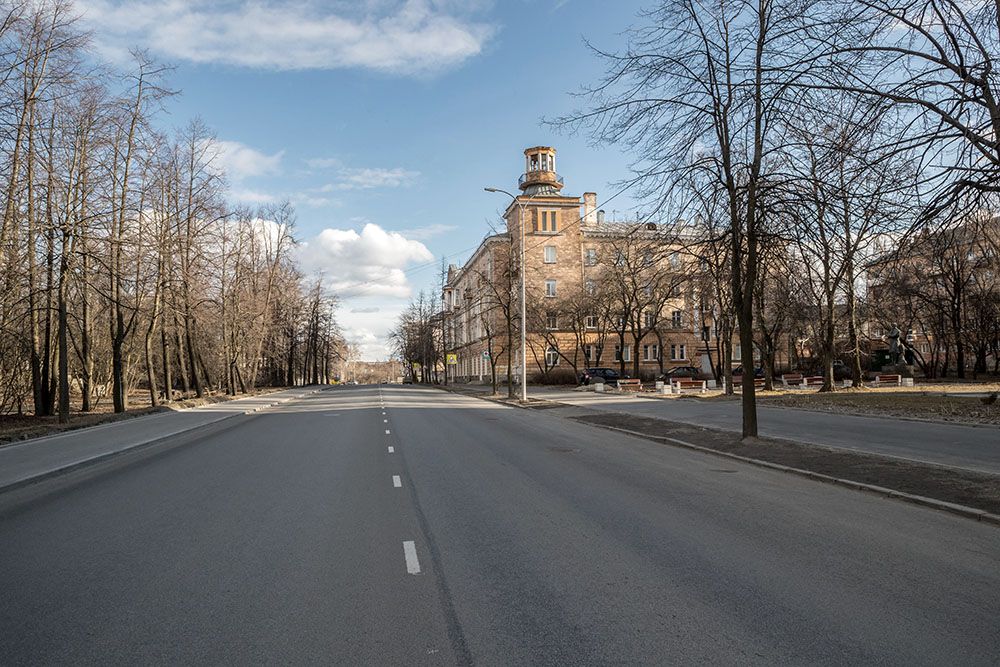 Friends and family perceive the quarantine differently. Some followed all the rules, some tried to comply, but allowed [themselves] a few violations [from time to time]. I know people that think the virus situation is overblown.

Life has become more difficult since the start of the lockdown. Many problems have become more visible: illegal employment, the weakness of the [national] healthcare and education systems. The lack of fresh air had a negative impact on my own health and on my child's well-being – briefs strolls along the balcony weren't enough. My husband has two jobs – the one where he's an employee is doing more or less alright. But the second one – his own official tourism business, where he's officially employed – has remained in debt, as tax payment and other deductions haven't been cancelled.

The majority of people wear masks now, gloves not so much. Most importantly, though, everyone's been taught to wash their hands. When I went to shopping centers and cafes before the quarantine, I always wondered why a significant part of people don't consider it necessary to wash their hands before eating. I hope that [people's] hygiene will be better now.

All the office workers in our company began working remotely on March 18th, so that would mean I've been self-isolating for more than two months.

Our company's involved in customer services – when 'Putin's vacation' began, we thought that all our work would come to a halt, and we'd be a deep crisis. We prepared for staff cuts, started applying for permits for employees that needed to travel, and braced for lockdown violation fines. In fact, the tangible "pit" was only in the first week - our work volume has is back to 70-80% of its previous levels, and work hasn't really changed much. Permits weren't introduced, and restrictions on entry and exit to some cities in the Leningrad region existed only on paper.

We had to cut staff salaries a little bit, but, fortunately, there haven't been any layoffs.

As for me personally, it only "hurt" the first few days, and then I really got the hang of working remotely. I suddenly had time for other things apart from my commute – sports, films, self-education. A lot of cool projects have gone online and education and entertainment have become even more accessible. I really like it, and I'd jump at the opportunity to keep living like this. The most depressing thing is that we all have no idea as to what's going to happen next – it's hard to make plans for the future, because you don't know what's going to happen in a month's time.

I have a feeling that people in St. Petersburg haven't actually changed their lifestyle. Total self-isolation, as it seems to me, was limited to the first week, and then everyone just put on masks and began living their normal lives. People immediately ripped the barricade tape off of sealed playgrounds [Russian authorities have taped off public areas such as parks and playgrounds in an attempt to keep people away – Ed.], I regularly get invitations to "secret" parties online, and there are a lot of elderly people on the streets (a lot of them aren't wearing masks).

I don't think that people in the city are behaving responsibly. There have already been three cases of COVID-19 in our firm (mild cases, thankfully), but there are co-workers that are sick with "something" that choose not to test themselves for COVID-19, and treat themselves with folk remedies at home. [The same] people have also come in to work with a fever.